The biggest independent promoter in the region has enjoyed a fruitful 2022, with tours by the likes of Bad Bunny, A-ha and Louis Tomlinson 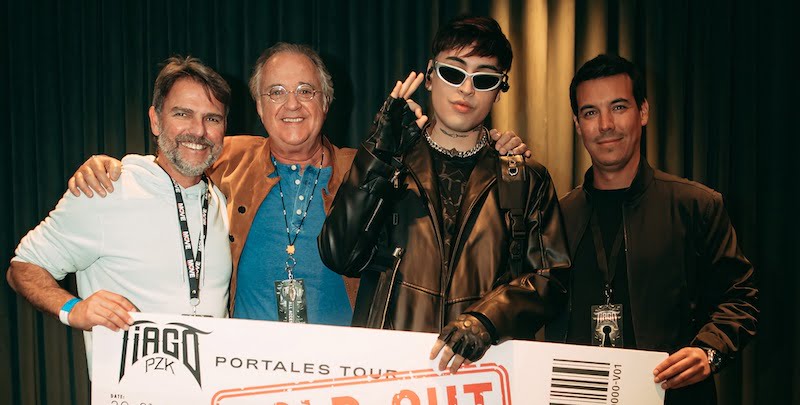 Move Concerts boss Phil Rodriguez has praised the resilience of the Latin American market after the firm surpassed projections for its rescheduled shows so far this year.

The region’s biggest independent promoter, Move has enjoyed a fruitful 2022 to date, capped by shows by the likes of Bad Bunny, Louis Tomlinson and Argentine rapper Tiago PZK, who is also managed by Rodriguez.

“2022 kicked off great for us.” Rodriguez tells IQ. “As soon as restrictions were dropped, the demand kicked in immediately and the appetite has been strong across the board.

“Like many others we had shows from 2020 and 2021 that were rescheduled and they ended up selling more tickets than originally projected.”

Standout tours have included A-ha, who sold 74,500 tickets across nine dates in three countries, and Louis Tomlinson, who sold 126,000 tickets over 14 concerts in nine countries. Bad Bunny’s three-night stand in his native Puerto Rico from 28-30 June, meanwhile, was a blowaway triumph both on and off the stage.

“Puerto Rico has been selling out consistently and shows no sign of slowing down,” says Rodriguez. “We just co-promoted with Noah Assad three sold-out dates at the Coliseo de Puerto Rico [cap. 18,500] with Bad Bunny in San Juan that paralysed the island as the show was streamed live to 13 municipalities for free. It is estimated over 500,000 people saw the show between the Coliseo and the free transmissions.”

Move Concerts is headquartered in Miami, Florida, and has offices in Argentina, Brazil, Colombia, Costa Rica, Peru and Puerto Rico.

“Coming up we have, among many shows in a busy second semester: three stadium dates in Brazil with Iron Maiden – all sold out, over 120,000 tickets; Justin Bieber with three stadium dates; Green Day with Billy Idol at Velez Sarsfield Stadium in Buenos Aires – sold out; seven dates with Michael Bublé including his first stadium dates in South America – two nights at Allianz Stadium in Sao Paulo – and Arctic Monkeys with Interpol.

“If there’s anything we promoters are in LatAm, it’s that we’re resilient and used to navigating through storms!”

Rodriguez says Chile is last country in the territory to eliminate Covid restrictions, with the Movistar Arena (17,000) in Santiago still subject to a 75% capacity limit. Aside from that, the promoter lists the biggest challenges as “currency devaluations across all LatAm countries, significant increase in costs and labour shortages”.

Move appointed Tiago Maia as managing director of its Brazil team in May and bolstered its marketing and finance departments team with the addition of Igor Ismail (assistant to marketing director Karen Pedroso) and Rodrigo Moura (finance manager).

“Brazil is the one country in the region with the strongest economic indicators and projected stability,” he adds. “I can only hope that inflation eases up a bit and the devaluations also moderate and we move away from the abrupt swings we’ve had recently. That said, if there’s anything we promoters are in LatAm, it’s that we’re resilient and used to navigating through storms!”

He also shares his pride at the progress of Tiago PZK, who signed to Warner Music Latina earlier this year via a partnership with Rodriguez’s Grand Move Records label. The star kicked off his Portales Tour in July with two sell-out hometown shows at Movistar Arena in Buenos Aires, Argentina. Sold-out dates then followed in Uruguay at Montevideo’s Antel Arena and in Paraguay at the SND Arena.

“The tour continues this week through the interior of Argentina and then onwards, with 36 dates total on the first leg, which will also cover Chile, Peru, Colombia, Costa Rica, Spain, the UK – a London date after Spain in October – the US and Mexico,” adds Rodriguez. “Looking back, it is amazing considering we signed Tiago PZK to management a little less than two years ago.”

Rodriguez was also interviewed for our Latin America feature in the latest issue of IQ.