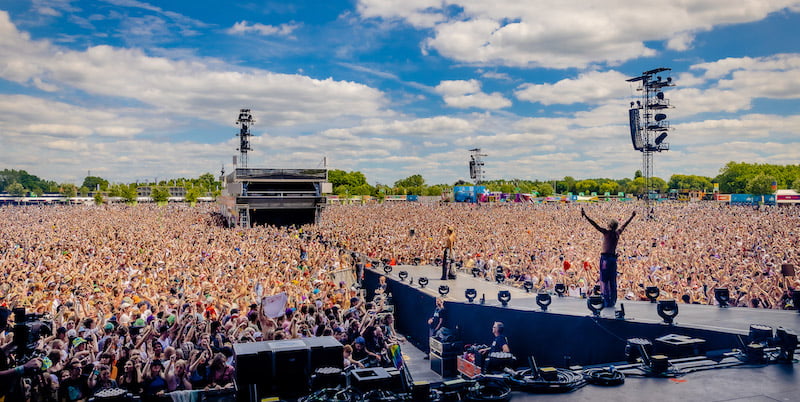 Rock Werchter founder Herman Schueremans says the success of this summer’s Belgian festival season is helping to stimulate ticket sales across the board.

Held from 30 June to 3 July in Festivalpark in Werchter, organisers shifted 67,000 combi-tickets and four lots of 21,000 one-day tickets for its first edition since 2020. The event attracted festival-goers from 95 countries.

“The biggest challenge was making sure everything ran as clockwork, as per the top Rock Werchter standards, and our team did it. It went super-smoothly,” Schueremans tells IQ. “Everybody was positive: in front of the stage, on stage and backstage. There were too many highlights to mention. Our audience, bands and their teams loved it.”

Some tickets for the 88,000-cap festival were sold at 2020 prices, with those shifted after December 2021 priced higher due to increased production costs.

Next year’s Rock Werchter is set for 29 June to 2 July 2023, and the Live Nation CEO indicates the 88,000-cap event’s well-received return has had a positive knock-on effect on the domestic market overall.

“We see an enormous boost in the ticket sales for our indoor shows, especially for acts that performed well at our Werchter festivals,” says Schueremans. “It is exciting.”

Despite the cancellation of 25,000-cap spin-off Rock Werchter Encore, which was called off just one month after it was announced due to “high production costs, staff shortages, and low consumer confidence”, Schueremans reels off a string of other triumphs, declaring 2022 “our most successful summer ever”.

“We are now focusing on the four sold-out Coldplay shows at Brussels [King Baudouin] stadium – 220,000 tickets – as well as the August festivals and then shows in the autumn,” he notes.