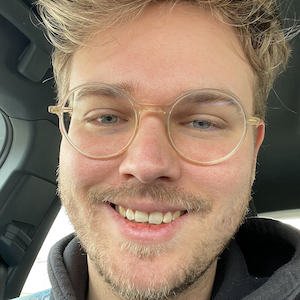 Two Gentlemen promoter Théo Quiblier believes our mental health and overall effectiveness can be improved if conversation about failure becomes as commonplace as celebrating successes.

If there’s one thing the industry needs to change, it’s normalising failure. This is an issue I raised recently on the New Bosses panel at ILMC, in April. After the session, I received so many messages, texts, and emails from so many different people I had never met, saying the topic truly did speak to them. I had been convinced everyone was affected but did not expect so much feedback. It’s clear to me that failure is part and parcel of being in this industry, and it impacts everybody across the board, from managers to agents and labels to promoters.

Failure is something we have to deal with almost every day, and yet we do not speak about it. Most of the time, you won’t even know someone is “failing” because there’s a high chance this person won’t speak about it. We are welcome to talk everywhere and anywhere about a sold-out show, a big new signing, or a fantastic festival announcement, but this is just the tip of the iceberg. It takes most of your favourite artists dozens of empty rooms before selling out 100/200/500-capacity rooms. This is simply part of the process and makes a great achievement ten times more rewarding for everybody involved, and yet we’re afraid to share these stories because we’re under the impression this would make us “weak.” But failure doesn’t mean you are bad at your job at all.

So, next time you’re on the phone with a partner, when the moment comes to share great recent success, why not take a few minutes to talk about what did not work? I started doing this with close friends first and suddenly realised that by talk- ing about something you thought was taboo, you can release some of the pressure.

Get on the phone and speak to your friends, colleagues, and partners. Check on them. Exchange is key. Everyone fails. That’s 100% part of the job. “We sold out all the venues in minutes on the last tour, and this time the shows are struggling.” The band will call their manager. The manager will be angry against the agent who made all the wrong decisions, and the agent will blame the promoter for the sales while the promoter might rally against the album campaign. All of this is, of course, purely theoretical (it never happens in real life), but it shows how much we are failing as an industry to speak about failure openly at any level. When signing a band, going on sale with a show, or releasing a single, the outcome will always be uncertain. Always.

“Sharing insecurities is the best thing since sliced bread!”

So rather than focusing on ephemeral success stories and hypes – focus on long-term development. A very good friend of mine reminded me recently that it is important for the artists’ career to have a constructive evaluation and sometimes recalibration of the “plan” rather than creating frustration over results. The key is communication. Talk, learn, and grow. Especially if
the answer is not the one you wanted to hear. It’s so important for our mental health for us to share failures. We are already working in an industry that does not truly take time to press pause and appreciate success – the one question always being, “Yeah, yeah, great. What’s next?” But imagine taking the time to speak about what did not work. We need to. Doing so makes everybody feel better and less alone. Sharing insecurities is the best thing since sliced bread!

Not sharing insecurities leads to pressure, too much stress, and anxiety. It doesn’t create a healthy work environment at all. This is amplified by social media where we only see people succeeding, but that’s also a societal issue. I believe it is one of the many reasons many beautiful people and souls decide to leave the industry.

I want to make sure we create the right work environment for any young person wanting to make a successful career in this beautiful and crazy industry. Some of my closest friends decided to leave the industry on the back of unhealthy pressure – I want to be part of the solution.