Roskilde 50: ‘It was amazing to be back’ 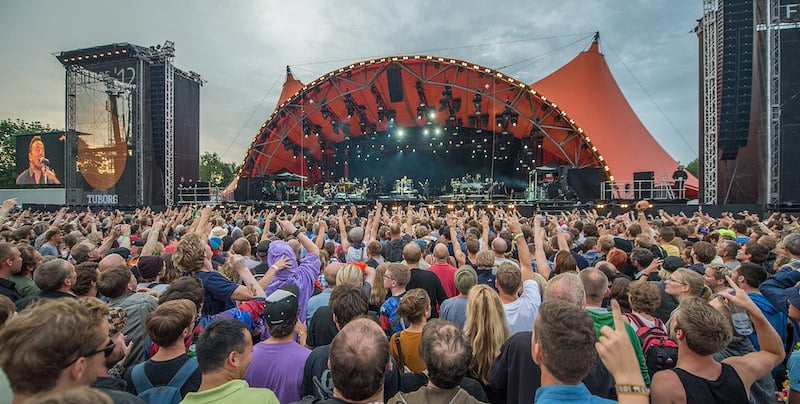 Roskilde programme director Anders Wahrén tells IQ it felt “amazing to be back” following the conclusion of the festival’s belated 50th anniversary edition.

Held from 25 June to 2 July, Post Malone, Dua Lipa, Tyler, the Creator and The Strokes headlined the first Roskilde since 2019, with the likes of Megan Thee Stallion, St Vincent, Haim, The Smile, Robert Plant & Alison Krauss and Biffy Clyro also featuring on the bill.

“It was amazing to be back doing what we love to do,” Wahrén tells IQ. “The highlights were many, but seeing how our audience always lifts the artists up, supporting the headliners as well as the lesser known acts, was probably the overall highlight.

“We had a lot of new people in the organisation”

One of the largest and best-loved festivals in Europe, for 2022, organisers released 5,000 extra tickets exclusively for fans aged under 25 to help secure a new generation, thus growing the festival’s capacity to 85,000 people per day.

However, with a three-year gap since the last festival, the Danish institution’s return proved a triumph despite having to content with a series of Covid-related challenges.

“Like everyone else, we have had to lay off staff during the pandemic which means we had a lot of new people in the organisation,” says Wahrén. “Combined with a shortage of staff from our suppliers and a lack of volunteers in some parts of the organisation made it a tough year. But everyone did an amazing job, and it is always jaw-dropping to see how much responsibility our volunteers take on site, helping and lifting each other up.”

“Hopefully, we will get back to where we were in terms of engaging volunteers”

Rebuilding volunteer numbers, which totalled around 30,000 pre-pandemic, is considered a priority.

“Hopefully, we will get back to where we were in terms of engaging volunteers,” notes Wahrén. “This work starts early and normally builds on top of the success of one festival towards the planning of the next one. Festivals are important as an inspiration, and I hope we can inspire change in terms of diversity, sustainability and solidarity in the years to come.”

In closing, Wahrén suggests that although the public’s appetite to attend concerts in Denmark has not waned, the market was yet to return to normal.

“They are keen, but you can definitely still sense that there is a backlog on private arrangements such as birthdays, weddings, etc, and rolled over shows, making some ticket sales hard,” he says. “But once they are there – and with our festival being sold out well in advance, they were – they enjoy it more than ever. I could sense the urgency of having real, physical live shows back and the smiles were wider than ever.”

The next issue of IQ will include a special anniversary feature on 50 years of Roskilde festival.