Pride is a protest 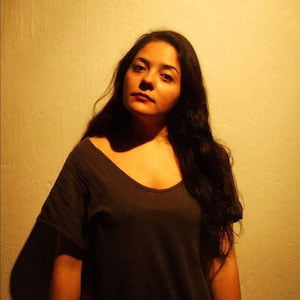 The twentieth Istanbul Pride Parade was supposed to happen on Sunday, 26 June 2022, in Taksim, İstanbul, just like every year since 2003. Days before Pride Week started, the police banned all marches and suppressed all the venues where the events would take place, in the name of “general control.” This pretence has been used by the police force and the government for the last twenty years or so to torment everyone who is “other.”

Law enforcement tried to put pressure on the venues by asking for documents such as tax plates and signboards where the events would take place. Despite all the pressure, Istanbul’s queer community met up and stuck together.

When the state and police forces realised that the Pride Week activities could not be prevented under such a weak excuse, the Beyoğlu and Kadıköy District Governorate banned all activities for one week. This decision was illegal and against all human rights – something the Turkish government is a master at. The official pride events committee used their legal rights and made the necessary objections. They had no replies; no results.

Istanbul Pride has “taken place” every year since 2003. The last march to [actually] go ahead without a ban was in 2014 and drew tens of thousands of participants. It was one of the biggest LGBTQ events in the majority Muslim region. After 2014, the march was banned each year, officially for “security reasons”. In 2020, streaming giant Netflix cancelled the production of a series in Turkey featuring a gay character after failing to obtain government permission for filming.

Last week, in one of the biggest venues in Istanbul city, people from the audience were physically dragged out of a concert just because they waved small rainbow flags. The police chief in that region ordered the venue to “search the bags; do not let anyone in with a rainbow flag.” According to them, a rainbow flag is an item of propaganda.

After the governor’s office had banned the march around Taksim Square in the heart of Istanbul, queers gathered nearby, under heavy police presence. As usual, the riot police detained us, loading and pushing us onto buses. Journalists and press photographers were handcuffed. By the end of the day, 373 people had been arrested. We grow angrier every year, every day. But instead of telling the same old story, it’s better to share Pride Istanbul’s press release with you:

“Lubunya (Turkish: queer) never gives up. We, who came together with the theme of “resistance” and rushed to the Gezi [park] in 2013, call out resistance against heterosexism and violence against the increasing homophobia, transphobia and biphobia and all kind of phobias and male-dominated state policies.

We salute those persecuted for Gezi and sentenced to heavy prison sentences unlawfully by the courts. We also salute the Saturday Mothers/People who have been gathering every Saturday at Galatasaray Square for 900 weeks in search of their missing and detained. Against all policies of disregard, targeting, intimidation, silencing, we shout again from all Taksim streets. We are here, and we will burn anyone without water in our fire. Get used to it or make peace.

We have no intention of leaving. We will not return. We will not return from this road. We stand side by side despite the attacks and intimidation on our homes, streets, and bodies, shoulder to shoulder, leg to shoulder. We are here with the grace of all our friends, killed and driven to suicide because of state repression and hatred.

We stand together with sex workers. We are together with our refugee friends who have been targeted with increasing hostility. We are on the street today, dreaming of a boundless, classless, genderless world. We stand together against the targeting and hate campaigns by the state and paramilitary gangs acting with state power.

We are banned, prevented, discriminated against (and even killed) at every second of our lives. Police violence is aimed at stopping us, but it is not possible. You will be unable to stop the queers.”