The 2,000-cap Here at Outernet is the biggest new live music venue to be built in central London since the 1940s 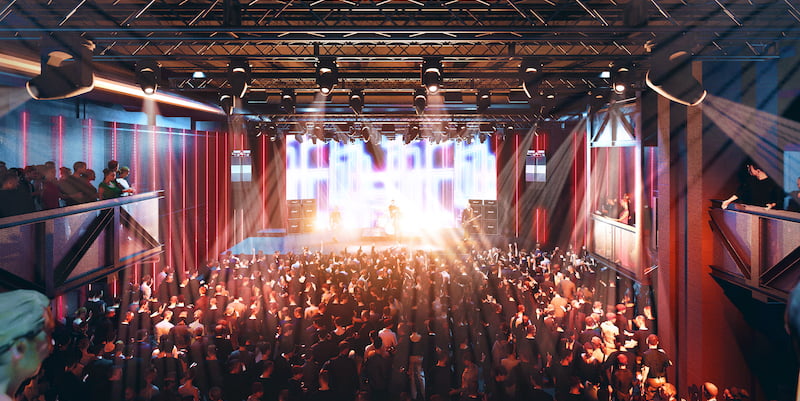 Here will host the Jamal Edwards Self Belief Trust Fundraiser in September to honour the late British music pioneer’s memory and continue his legacy.

In addition, Hercules and Love Affair will appear on 10 September in an event that will also feature the launch of  club night Milk, with West End Does Drag set for 18 September and monthly queer cabaret night and dance party Mimi booked for 29 October.

Plus, shows by rising British stars Alfie Templeman and Miraa May are lined up for 31 October and 16 November, respectively, and the UK’s Eurovision 2022 entrant Sam Ryder will perform from 23-24 November.

Alongside the 350-cap The Lower Third – the former 12 Bar in Denmark Street, which also forms part of the Outernet complex – Here is the biggest new live music venue to be built in central London since the 1940s.

The venue revealed its programming team at the end of May, with concert promoter, musician and broadcaster Leo Green joining as artistic director, former head of music for the Flat Iron Square district Chloe Mitchell as programme director, and electronic music directors Nicolas Matar and Simon Denby completing the team, under the direction of operating partners Karrie Goldberg and Robert Butters, and COO Tristan Hoffman.

Ticketing and discovery platform Dice has been named as the primary ticketing partner for Here and The Lower Third.

“Outernet is set to completely transform live events in central London,” says Dice’s global head of music Andrew Foggin. “Together, we want to help fans enjoy a live experience like no other, leveraging our technology and platform to discover new artists and events at Outernet.”

Goldberg adds: “We are thrilled that Dice have come on board as the primary ticketing partner for our live events at Here and The Lower Third. Their commitment to delivering the best possible experience for fans and disrupting the live ticketing business aligns with our own values, and we are excited to have their support on our exciting programme of events at the two new venues.”