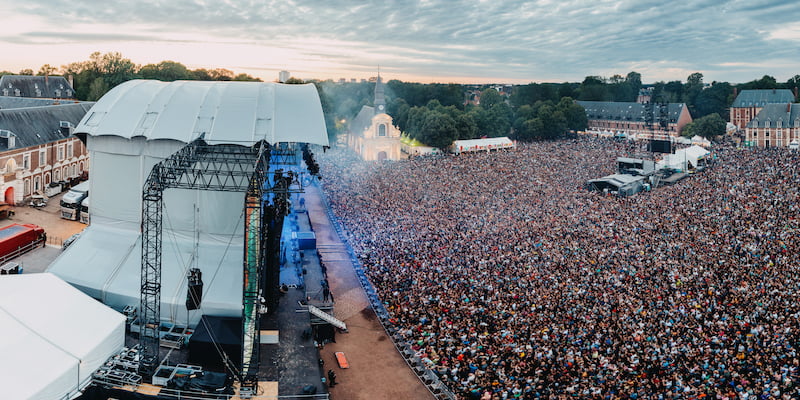 Live Nation France bosses have hailed a stellar year for the returning Main Square Festival, which attracted a record crowd for its 16th edition.

“What a pleasure to be back at the wonderful Citadelle d’Arras for a record year with 150,000 festivals-goers,” LN France head of festivals Armel Campagna tells IQ. “It was so good to see artists connects again with their fans and shout out to all the shadow workers that are making the live music such a timeless moment! We are back at it and it just feels so good.”

Launched in 2004, the four-day event made its return for the first time in three years as a result of the pandemic. Its 2023 edition has already been confirmed for June 29 to July 2.

“We have just concluded a historic edition”

“We have just concluded a historic edition in terms of attendance, but also following multiple postponements due to the health situation,” says Angelo Gopee, MD of LN France. “Fans didn’t miss the rendezvous – Main Square Festival was up to their expectations.

“I would like to thank the festival teams who did an extraordinary job, our partners as well as the providers and all the artists we had the pleasure to welcome and bring live on stage.”

The promoter’s attention now turns to Lollapalooza Paris from 16-17 July at the Hippodrome de Longchamp, where acts such as Pearl Jam, Imagine Dragons, A$AP Rocky, David Guetta, Megan Thee Stallion and Måneskin will perform over the course of the weekend.