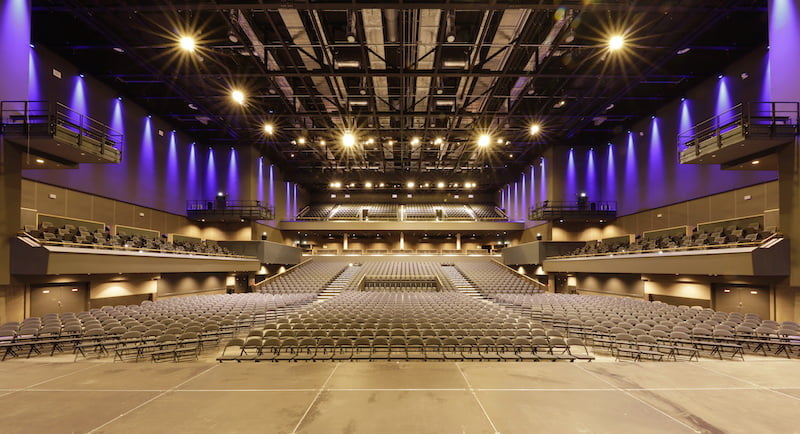 Verti Music Hall GM Dirk Dreyer has told IQ the German venue is making up for lost time following the frustrations of the pandemic.

The mid-size venue, which opened in 2018, is located at AEG’s Mercedes Platz, a mixed-use entertainment district neighbouring the Mercedes-Benz Arena (17,000-cap.) in Berlin.

Dreyer came on board as the hall’s first general manager in March 2020, but was unable to welcome full-scale concerts for more than two years until The War on Drugs performed in April 2022.

“It was a spiritual experience – the venue was full of energy,” reports Dreyer. “I remember when I started, we thought [Covid] would be over by Easter 2020, but the good thing is that we were able to maintain the events business even though concerts were not possible. We did a lot of corporate events, trade shows and all kinds of gatherings under pandemic restrictions, which was a good exercise to learn about the venue.”

“We have found our own niche”

Dreyer says the AEG-operated hall will benefit from a small capacity increase from 4,250 to 4,350 this summer, giving it an advantage over its closest competitors Tempodrom and Columbiahalle (both 3,500). Recent and upcoming concerts include Jack White, Deftones, Lukas Graham, Franz Ferdinand and Bastille.

“We have found our own niche,” says Dreyer, who credits the work of his “wingman”, bookings manager Markus Jentsch. “We are still below the arena level but we are the biggest in the mid-size and club segment and this is our major strength. We have to keep in mind that the venue opened in October 2018 and had a little bit more than one year one and a half years and operation until the pandemic hit us. So the venue was closed, so to speak, almost as long as it was open.

“We are still establishing the venue in the promoter market, but also in people’s minds because we are still considered a new venue.”

Prior to joining the Verti team, Dreyer was MD of the 25Hours Hotel Bikini Berlin and had previously had a long career in the music industry, working as a DJ and club night promoter. He also served stints at BMG, Sony Music, EMI and management company 313 Music, among others.

“Running this venue is a mixture of my two career paths so far,” he explains. “I maintained a certain reputation and credibility in the music industry because I kept my music friendships and contacts alive over the years. And I also bring my knowledge of hospitality – we make sure that the beer’s cold, the coffee is hot and the guests have a good time. My task is to spread the word.”

“People seem to be buying tickets more spontaneously…. they don’t plan too far in advance”

Although full capacity shows have been permitted in Germany since March this year, Dreyer points out the domestic industry is going through many of the same experiences reported by other European markets after their own reopening.

“People seem to be buying tickets more spontaneously,” he says. “They don’t buy tickets for a show in November this year because they don’t know if they will be healthy or if the show will be be postponed. I would say that is the main difference – people don’t plan too far in advance.

“We see the common struggles: the travelling, the fear of somebody getting infected and the lack of staff and materials, and there is an unpredictable amount of no shows. We have had some shows that were postponed several times and even changed the promoter and the venue, but everybody still shows up. And then we have shows where we sold out 4,000 tickets and 3,000 people show up. We’ve tried to figure out are they all positive? Did they forget they have tickets? Have they stopped following the postponements and rescheduling and just given up?

“That is something that we have to deal with at the moment but nevertheless, the bottom line is that I am super-happy and excited that I can tell you some stories because, if we would have spoken two years ago, I wouldn’t have many stories to tell.”