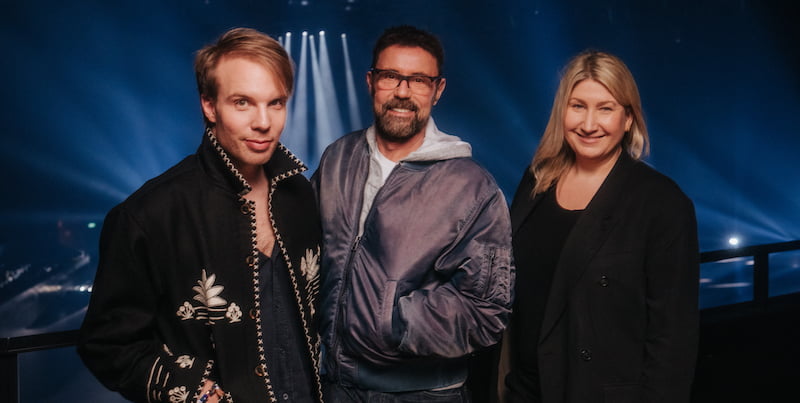 The team behind the smash-hit ABBA Voyage virtual concert residency have revealed the secrets of the revolutionary production in a new interview with IQ.

The project, which blends the virtual and physical worlds, reportedly had a budget of $175 million and brings the Swedish group – Agnetha Fältskog, Björn Ulvaeus (co-founder of lead investor Pophouse), Benny Andersson and Anni-Frid Lyngstad – back to the stage (in avatar form) for the first time in 40 years, backed by a 10-piece live band.

Held at the demountable 3,000-cap ‘ABBA Arena’ – a purpose-built venue devised by entertainment architect Stufish, under the direction of producers Svana Gisla and Ludvig Andersson and director Baillie Walsh – the show debuted at London’s Queen Elizabeth Olympic Park in May to rave reviews.

Walsh had previously collaborated with Gisla on projects including the Springsteen & I and Oasis’ Lord Don’t Slow Me Down documentaries.

“I knew I could really push boundaries”

“She suggested I go on a call with Benny and Björn, but the idea wasn’t fully formed at that point,” he explains. “It was more of a cinematic idea, but there was a roadmap so that was something to work from. I just had to sit down and work out, essentially, what would I want to see? What’s going to get 3,000 people a night into that arena?

“There was no brief in a sense, but we had the avatars and the sense of these younger versions of ABBA – 1979 was our reference point – and ABBA were very trusting with me. We communicated well and liked each other, and that is essentially how I got the job. They put together a great team before I came on board like [visual effects company] ILM, for starters. So I knew I could really push boundaries.

“As the arena was being built, we’d visit and look up at that screen and go, ‘Oh, my God, it’s the size of a tower block!’ That was daunting, but exciting – it’s not often you get opportunities like this.”

Hundreds of thousands of tickets have already been sold for the production, which is currently booking until late May 2023. Ludvig Andersson (son of Benny) tells IQ the show was six years in the making.

“An idea came to the Stockholm office of ABBA that it might be possible to create digital versions of themselves, and that’s basically how it started,” he says. “Then followed three years of research and development: a lot of conversations around tables in different cities, with different people about what can and cannot be done. Slowly, slowly through that process, we ended up with the idea that became what it is today.”

“The whole project is complete madness and always has been”

The intervention of the pandemic in 2020 set things back by at least six months, however, remembers Gisla.

“It almost pushed us down,” she admits. “We needed to convince a lot of people that this mad idea – that became insanity overnight when Covid struck – was going to be okay, so that took a while.”

“The height of the pandemic coincided with Svarna and me trying to get people to give us money which, in their defence, they ended up doing,” notes Andersson. “But, of course, it was a challenge to convince people not only of the qualities of a show that didn’t exist yet, but also of a project that was based on getting 3,000 people to come into a space during a time when no one was allowed to come into any space of any kind.”

The world’s largest demountable temporary venue, ABBA Arena is designed to fit 1,650 seats and space for a standing audience of 1,350. Outside the auditorium is a sheltered, extended concourse area used to serve visitors. Tickets are priced from £21 to £175, with a variety of different ticket types available for the concerts, including general admission (standing), auditorium seating and dance booths – of which there are eight, each named after people from the ABBA universe.

“This whole concept is complete madness and always has been,” grins Gisla. “There’s an audacity to the scale that is ridiculous. When Ludvig, Baillie and I did the fundraising, we were describing to investors what it was going to be, but we had nothing to show them. It was incredibly difficult and, had it not been ABBA, it would have been impossible.”

The four members of ABBA spent five weeks being filmed by 160 cameras for motion capture as they performed the 22 songs that make up the show’s 95-minute runtime.

“They have been very hands on, incredibly so,” suggests Gisla. “It wouldn’t be possible without a considerable input from them because this is an ABBA concert. We’re not franchising anything, this is their concert, so they’re as involved in this as they would be in any other concert they’ve ever done. We’re really proud of it and ABBA are too.”

“ABBA came up with the setlist; I wouldn’t be so presumptuous as to suggest to them what songs they should be playing,” laughs Walsh. “ABBA always wanted a live band, but when we had the live size avatars it made perfect sense because it added to the idea of, ‘Where does reality end and digital begin? And so I could really play with that. That is another big idea in the show – where you just don’t know where the digital world ends and reality begins.”

The ABBA Arena structure is able to be relocated to another site at the end of its London tenure.

“There’s no reason why it couldn’t run and run and tour,” finishes Gisla. “We’ve done lots of things in our lives, but these last few years have been the single most enjoyable years of our careers.”

While ABBA Voyage debuted to universal acclaim, Walsh says his initial response to the positive reception was one of “enormous relief”.

“It’s obviously been a long process,” he says. “It’s been in my head for a long, long time and it wasn’t until a couple of months before we opened that I actually got to see what was in my head, so that was a big moment. And then to see it with an audience, which brings that extra element to show, was a wonderful thing. I couldn’t have wished for a better response. It was emotional.

“What I wanted to achieve was, can you be emotional about an avatar? Can you fall in love with an avatar? And I think we have achieved that. What I see every night is such a vast range of emotion: there’s pure joy, but there are a lot of tears, as well as that confusion about, ‘What am I seeing? What’s real and what isn’t?’ So for me, creatively, it’s been really successful.

“It’s rare as a filmmaker that you get this opportunity to see a response to your work in this way because usually, it’s in a darkened cinema where there is no applause and no direct response. Seeing this visceral response to something that I’ve made is a complete joy.”

“We wanted people to feel something. If they had gone away just thinking, ‘Wow, that was cool technology,’ we would have failed completely”

Gisla echoes those thoughts, describing being able to witness the reaction first-hand as a “privilege”.

“It’s wonderful,” she says. “It’s almost unbelievable how well it’s been received and continues to be received. It’s a special experience for us to be inside that auditorium with 3,000 people and watch people having such fun.

“All we ever wanted was for people to feel something,” nods Andersson. “If they had gone away just thinking, ‘Wow, that was cool technology,’ then we would have failed completely.

“It’s really hard to take in that all this work that all these people put in actually seems like it worked, and that is something special. I still can’t really fathom that we got this far and that it went so well. We often say that our job has been to get out of the way and let this magical mystery train keep chugging, and that is testament to the extraordinary people involved, who have gone above and beyond to make these ideas reality.

“We’ve been trying for six years to describe what this show is and even now, when it exists, it’s impossible. You just have to come and see it.”