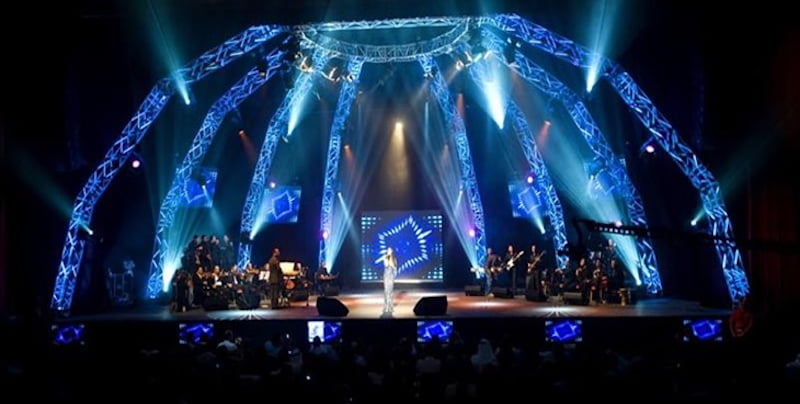 The seven-concert festival, organised by Dubai-headquartered Spotlight in collaboration with the Department of Tourism and Commerce Marketing – Dubai, launches this Saturday (16 July) with an alternative rap night headlined by Cairokee and Afroto. Tickets are priced 100-200 AED (€27-55).

Beat the Heat will continue each Saturday up to 27 August and will focus on a different musical genre each week. The series forms part of this year’s Dubai Summer Surprises, with all shows held at the Dubai World Trade Center’s 7,210-cap Sheikh Rashid Hall.

“Beat the Heat is about enriching music fans’ summer with live performances from top Arab talent in a unique setup,” Anghami co-founder and CEO Eddy Maroun tells Arab News. “It’s also a celebration of the region’s vibrant music culture and a stage for top trending artists on Anghami to go on stage, perform and interact with their audiences offline.

“Anghami’s main purpose is to empower young Arab talent to create and connect with the world. Beat the Heat does just that by giving Arab voices and creators a platform to make some noise.”

Lebanon-based Anghami is the largest music streaming service in the Middle East and North Africa (MENA) and last year announced plans to open music venues in Dubai, Riyadh and several other Middle Eastern cities, as well as in the UK and North America.

It has installed Spotlight as its concerts arm to help unlock synergies and opportunities between the physical and digital worlds.

“By launching Beat the Heat in partnership with Dubai Tourism, our first live concert series since acquiring Spotlight Events, we’re one step closer to becoming a fully integrated entertainment platform and building our own unique category that other platforms can hardly replicate,” adds Maroun.