Longtime employees Laura Brown, Cecilia Chan, Suzie Melki, Lucy Putman and Holly Rowland have all been made agents at the company 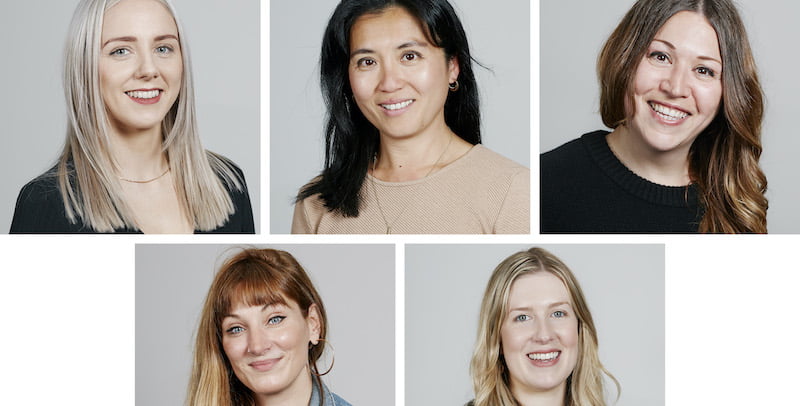 The promotions include Laura Brown, Cecilia Chan, Suzie Melki, Lucy Putman and Holly Rowland, who were all previously bookers at the agency.

The move represents the first promotions for the London office since Wasserman’s acquisition of Paradigm’s UK’s live music business in April.

“We are thrilled to announce the promotions of Laura, Suzie, Cecilia, Holly and Lucy,” says Wasserman Music partner James Whitting. “They have all been with us for a number of years and worked across the likes of Slowthai, Easy Life, Kaytranada, Louis Tomlinson and Billie Eilish, and we couldn’t be happier for them for this next stage in their careers.

“We are very proud that they have come through the ranks of the company, helping to shape our culture and building and developing our artists’ careers in the best possible way. We look forward to enjoying the future with this great group of individuals as we continue to grow Wasserman’s global music division.”

Brown joined Coda (now Wasserman Music) as a receptionist in 2013 and moved up to an agent assistant and became booker for Whitting in 2018. As a new agent, she has signed artists Lucy Deakin, Queen Millz, and Clarence & The Modern Life.

Chan, who first joined Primary Talent International as assistant to agent Cris Hearn and followed him to Coda in 2015, has signed artists including iamamiwhoami, Amy Wiles, Moon Boots, Shimza and BluePrint, and is a mentor with British charity Youth Music.

Melki moved into the live business at Asgard, later switching to WME to work with agent Sol Parker, who she followed to Coda in 2015. She has also worked with Wasserman agent Adele Slater. Recently, she has signed artists including Matt Corby, John Vincent III, Remme and Lip Critic.

Putman, who started promoting club nights with friends as a teenager, was invited to join Coda by agent Tom Schroeder in 2007. Putman has helped organise the Music Mudder charity fundraiser created by Wasserman Music UK agents, which will return later this year, and has also mentored at Bristol Beacons, an organisation that helps up-and-coming musicians.

Rowland, meanwhile, began her career as an apprentice at Coda before coming on board full-time as an assistant in 2016. She worked across DJ clients booking travel before moving to work with agent Sol Parker, and was promoted to booker for Alex Hardee two years later. As a new agent, she has signed artists including David Kushner, Sophia Alexa and Rhys.