Headed by the return of Glastonbury, more than one million people are expected to attend concerts in the United Kingdom across three days 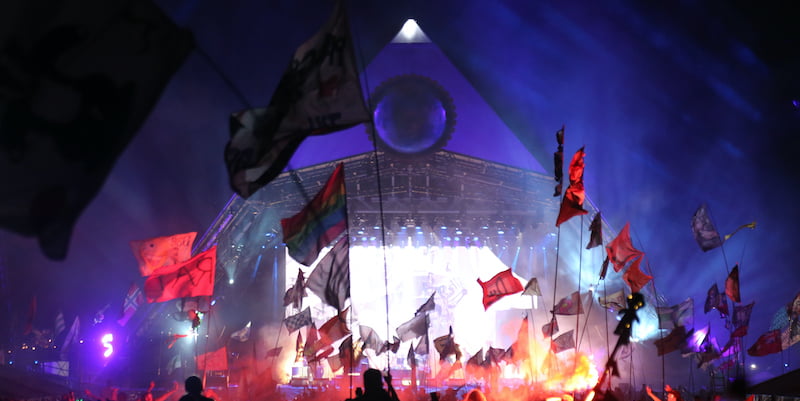 The UK is preparing to host what is believed to be its biggest weekend of live music ever, with more than one million people expected to attend concerts.

Leading the way is Glastonbury, headlined by Billie Eilish, Paul McCartney and Kendrick Lamar, and BST Hyde Park, starring Elton John, the Rolling Stones and the Eagles, are set to host a combined 400,000 fans across three days.

Elsewhere, at The O2 (21,000), Diana Ross performs tonight as a precursor to her Glastonbury Sunday legends’ slot, while Eilish will follow up becoming the festival’s youngest headliner by completing the final two dates of her six-night residency at the London arena tomorrow and Sunday. Elton John is similarly busy, meanwhile, appearing at Bristol’s Ashton Gate (34,000) on Sunday.

“For the industry to bounce back from, let’s be blunt, a crippling couple of years with this level of quality and support from the fanbase shows the strength of what we do,” says BST organiser Jim King, speaking to IQ.

“The scale of what Ticketmaster delivers this weekend will be astonishing”

This weekend will also be a record setter for Ticketmaster, whose team will scan in around half a million fans across the UK, beating the company’s previous biggest weekend of events which took place in June 2019. According to the firm, the number of fans getting out to events in the UK so far this month is running 50% higher on average than the same period in 2019.

“The scale of what Ticketmaster delivers this weekend will be astonishing,” Ticketmaster UK MD Andrew Parsons tells IQ. “Summer has arrived, and the fans in full force alongside it. We’re so happy to be back, bigger and better than ever.”

Other indoor gigs of note include Twenty One Pilots at OVO Arena Wembley, Frankie Valli and the Four Seasons at Resorts World Arena Birmingham, Kings of Leon at SSE Arena Belfast, the Beach Boys and George Benson at the Royal Albert Hall, Alanis Morissette at AO Arena Manchester, and Morissette, Barry Manilow and Gladys Knight at First Direct Arena Leeds.

“This will be one of the biggest weekends of live music in our history, with Glastonbury taking place for the first time in three years, thousands of revellers attending BST and a wealth of gigs, concerts and festivals taking place across the UK,” says LIVE CEO Jon Collins.

“Fans will be back doing what they love most – listening to fantastic music. This is great news for both the live music industry, which has significant cultural and societal importance, and for UK plc, with money spent at these events boosting towns and cities from Somerset to Stranraer.”

Earlier this month, Live Nation UK revealed it was on track for its biggest outdoor season ever, saying it will host nearly six million fans at live shows this summer. The promoter says four million people will attend one of its festivals or outdoor events, while close to two million will attend an indoor show.

However, Collins points out that despite the unprecedented few days ahead, the well-documented wider challenges facing the industry have not simply gone away.

“While the celebrations this weekend will be a world class showcase of our exceptional £4.5 billion industry, venues, festivals, live events, artists and suppliers are not back trading at pre-pandemic levels,” he says. “Significant cost pressures and the cost-of-living squeeze mean trading remains challenging.

“It is of vital importance therefore, that the government takes steps to support those across the live music ecosystem. In particular, introducing a cultural rate of VAT on ticket sales which would secure the sector’s recovery, boost the UK economy and deliver many more weekends like the one that lies ahead.”