Johnny Depp to perform with Jeff Beck at Montreux

The duo, who are working on a studio album together, will take to the Auditorium Stravinski stage on Friday 15 July 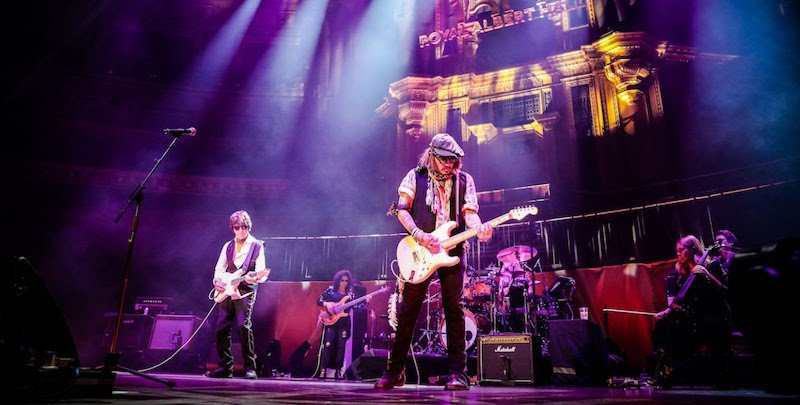 Montreux Jazz Festival has announced that Johnny Depp will join Jeff Beck on stage at the 56th edition of the Swiss music festival.

Depp has joined Beck for several performances on his latest UK tour, amid the culmination of the former’s well publicised defamation lawsuit against ex-wife Amber Heard. Depp and Beck have released their first single as a duo, Isolation ahead of an upcoming album they have been working on together, which is due for release this summer.

Depp previously performed at Montreux in 2018 as part of the Hollywood Vampires supergroup he formed alongside Alice Cooper and Joe Perry.

Other acts billed for this year’s event include Diana Ross, Stormzy, Björk, Sam Ryder, Nick Cave and The Smile.