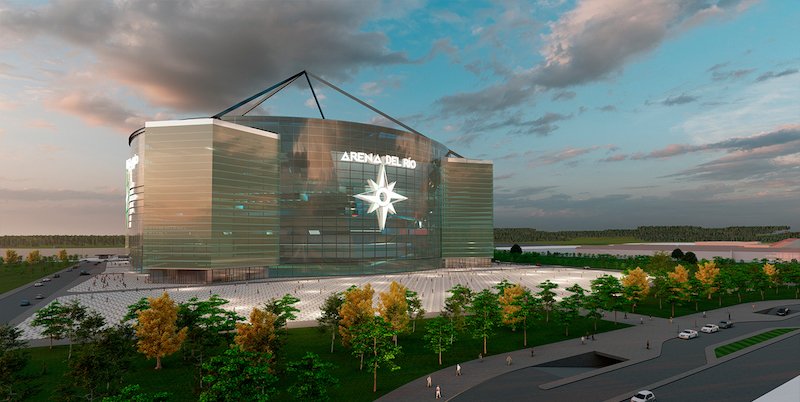 The 50,000-cap project, which is slated to open in 2026, is being developed by UMusic Hotels, Two Ways Stadium and AECOM, with features set to include a retractable mobile lawn, a luxury 500 room hotel, three auditoriums and a club.

Billed as the first fully-integrated entertainment development in Latin America, additional attractions will include both a music and sports museum, a virtual reality park, 350 suites, 100 apartments, 120 offices, 100 commercial premises to operate, bars, clubs and restaurants, and a four-port marina.

“This is a great project that has a catalytic scope to think about music, sports and culture as business opportunities in Barranquilla”

Shapiro, founder and chair of music market development agency Sound Diplomacy, estimated the complex will generate US$97 million per annum in tourism revenue, equating its socioeconomic impact to “doing 3.5 carnivals a year”.

“This is a great project that has a catalytic scope to think about music, sports and culture as business opportunities in Barranquilla,” Shapiro told a panel event, reported El Heraldo. “In the last two years, the music industry grew by 18.4% worldwide and that generated an economic impact for nightlife.”

Arena Del Rio president Tatiana Orozco said that infrastructure improvements would be necessary, given the development will more than double the number of visitors to Colombia’s fourth largest city.

“We have to prepare ourselves as a city, there are enormous challenges in terms of training human talent, airport and road infrastructure that connects us with the other cities of the Caribbean region,” he added. “To build it, much more than bricks are needed.”