The Chemical Brothers, Flume, Kaytranada, Jamie xx, Jungle, Charli XCX, James Blake and M.I.A are among the acts set to perform at Portola

Goldenvoice has revealed details of a brand new festival called Portola, coming to the US city of San Francisco this autumn.

Portola is slated to take place on 24 and 25 September at Pier 80, a 60-acre shipyard that boasts SF’s largest cargo terminal.

The Chemical Brothers and Flume will headline the festival, while Kaytranada, Jamie xx, Jungle, Charli XCX, James Blake and M.I.A are among the supporting cast.

The festival, which is organised in association with local event management company Non Plus Ultra, is scheduled only a month and a half after Outside Lands 2022 and a week before Hardly Strictly Bluegrass – both of which draw hundreds of thousands of fans to the city.

Portola’s name is reportedly a reference to the Portola Festival of 1909, which signalled a reopening of the city after the 1906 earthquake and drew an estimated one million people to its opening parade.

The new festival is one of a slate of inaugural events announced by AEG subsidiary Goldenvoice, including This Ain’t No Picnic, Palomino and California Vibrations. 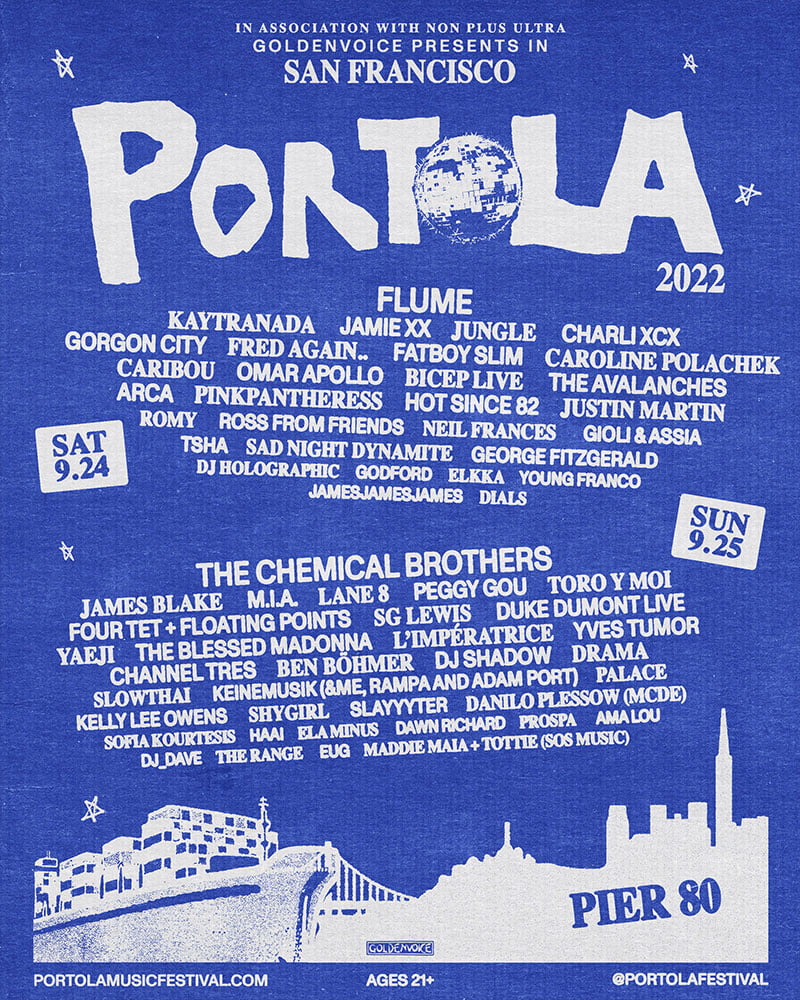