Despite general optimism, a litany of new problems threaten to create a "recipe for disaster" for summer events 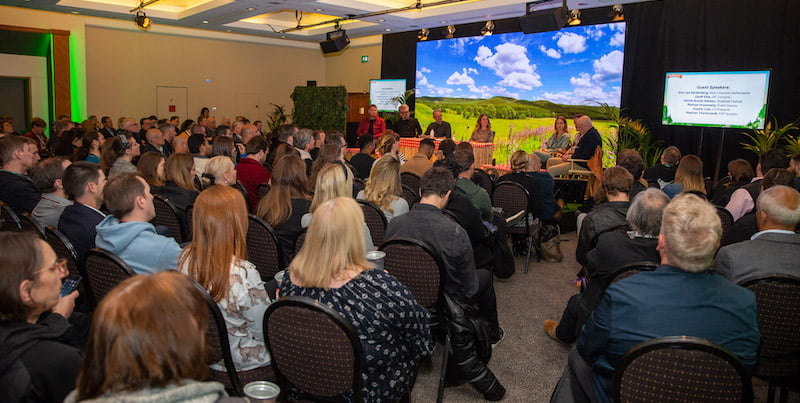 The cost of living crisis, an oversaturated market and rising costs threaten to create a “recipe for disaster” for the first full festival season since 2019, it has been claimed.

ILMC’s Festival Forum: New lands, new adventures panel heard divergent views from event bosses on prospects for this summer, with the public’s appetite for returning to music shows evident, but two years of lockdown and restrictions throwing up a litany of new problems.

Event Genius COO Hossenally said that, despite the anticipated rush for concert tickets after two lost years to Covid-19, other issues were cropping up.

“People don’t trust that everything is back to normal yet”

“There are a hell of a lot of shows and it’s almost a bit of a recipe for disaster because you’ve got costs going up, a lot of tickets being carried across and a huge amount of competition,” he said. “The other part is people are being told they don’t have any money in the press. I think you’ll see the buying pattern starting to become a lot later. People don’t trust that everything is back to normal yet.

“We ran a global survey and 75% of people said that they want to understand what the cancellation policies are. Before, that would have been an impulse buy – people didn’t even look at terms and conditions beforehand. The decision of buying a festival ticket now is a lot more considered. So as a festival promoter, I suspect it must be quite a scary road to see that we’re not selling as quickly.”

Roskilde head of safety and service Bondo Nielsen referenced complaints from some of his European contemporaries regarding fan behaviour since the restart, with the pandemic resulting in a lag in younger consumers attending their first festival.

“What I hear is that people talk about inexperienced audience and that they are not behaving well,” he said. “My view is that, as a festival organiser, it’s your job to manage the audience that you invite. So if they don’t behave well, you have to teach them.”

Ellis, who heads up events such as Scotland’s Transmt, responded: “You’ve got gig veterans, and then you always get new people coming in – 16 to 17-year-olds coming along for the first time – and I think they get carried along and looked after by the older members of the audience a bit. It is a real community spirit that you get, no matter what the festival is. They’re all there for the same purpose: to enjoy music, and the shared experience of being at an event.”

“Certainly in the UK, costs are going up at least 25% from 2019 prices, which is really difficult,” he said. “And it’s the scarcity of kit as well, so stages, barriers – we’re having to beg, borrow and steal barriers from different arenas, because there are so many shows on. There are shows that have moved from 2020, and didn’t happen in ’21, all happening, plus the festivals, plus the outdoor business that would have taken place in ’22.

“Also, staff – lots of stewards left the industry during the pandemic. Toilets, again, lots of sporting events are taking certainly the high end toilets, maybe not the actual portaloos but the flushable toilets and trailers, so that’s a real challenge.”

“People have hung on to their tickets for a couple of years, you can’t go back to them and ask for more money”

The promoter added that simply hiking up ticket prices was not an option for this year.

“People have hung on to their tickets for a couple of years, you can’t go back to them and ask for more money,” he said. “And we’re going into a cost of living crisis globally, with people having concerns about how they’re going to pay their energy bills and everything else. So some of it will have to be passed on going forward, but it’s too late for this year.

“I think we all have to try our best to get costs down and look at innovative ways of delivering things as well. We need suppliers to give us a bit of a break really.

“The positive thing is there was a recent survey in America showing what people are looking forward to getting back to most, and concerts was top of the list, so that’s reassuring. Obviously we’re all worried about how they’re going to afford to do it, but at least they want to go to concerts.”

“There are so many artists, coming out of Covid, that haven’t done a hard ticket tour”

The conversation later switched to social media’s influence on programming and its correlation to ticket sales.

“There is so much that we have to take into account that’s not just ticket sales,” revealed C3 and Live Nation global festival talent buyer Lobl. “Obviously socials, obviously TikTok, but the show we’re booking kind of determines what we look at.”

She continued: “There are so many artists, coming out of Covid, that haven’t done a hard ticket tour. If you take someone like Doja Cat, who has been one of our biggest artists at all of our festivals, and probably had the biggest crowd at Austin City Limits and in South America, hasn’t done her own hard ticket run yet.

“We have also analysing tools for social media,” noted FKP head of festival booking Thanscheidt. “You also have to do look at where are the likes and plays are coming from because if they’re coming from another part of the world, it’s nice for the band, but maybe not for us putting on a festival or a show with them. Also, not every Tiktok hype translates to the festivals we book.

“In general, you don’t want to go away from the history of the festival. But you also want to keep it modern and fresh and cool at the same time. In the end, booking is a process. It is, of course, influenced by other things nowadays, but it’s still a mixture of very different facts coming together.

“It also really depends on the festival – because if you have an older audience, TikTok and all that does not play the biggest role and vice-versa, so you have to look at it very individually to make the right decisions. You have to know your market and  your audiences because sometimes it’s hard to explain, especially to agents, why this act is working and the other one is not.”

“It’s not an exact science and it never has been”

“We had discussions in our programming team about this, and we ended up saying quality is not the thing we measure, but whether people are reacting and responding to it,” he said. “You have to work with what you see happening online. But it’s difficult to determine the value of an act, especially when agents are very convincing.”

Ellis pointed out that hard ticket sales were not always a barometer of an artist’s value to a festival because their audience might steer away from outdoor shows.

“It’s not an exact science and it never has been,” he added. “It’s always been a bit of gut feel, a bit of scarcity – if somebody’s not doing shows they’re more valuable to a festival than if they are doing shows because there’s a pent up demand to see them.

“Over the years at T in the Park, an act like Tom Jones went down an absolute storm. His audience wouldn’t have particularly come to a music festival, but… we had 50,000 people in front of the main stage, singing along to him, and none of them had ever seen him before. With that kind of booking, if you tried to look at the TikTok figures, it wouldn’t have synced. There was a gut feel that it would go down well, and it went down well, but sometimes we get those things wrong and nobody’s watching the act.”