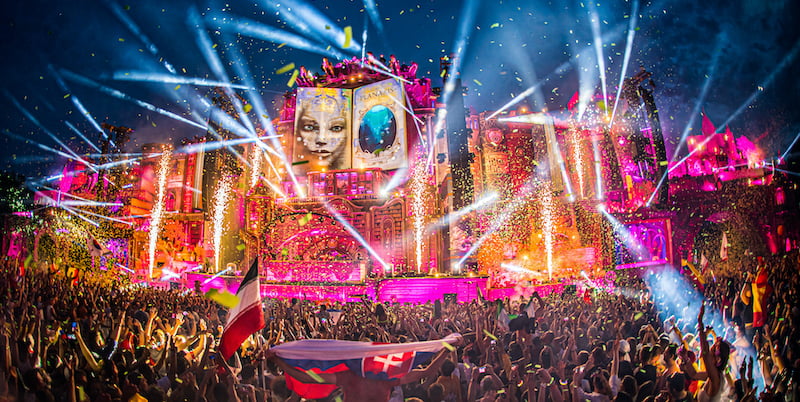 Coca-Cola has confirmed the first of a series of festival partnerships by announcing a link-up with Tomorrowland.

The marquee Belgium edition of Tomorrowland in Boom, Antwerp, is expanding to three weekends rather than its usual two from 15-31 July. Tickets sold out just 30 minutes after going on sale.

A Coca-Cola consumer promotion will run across Europe, offering winners immersive in-person brand experiences on the festival area and backstage and behind the scenes access. The brand will also present live broadcasts from the festival and “unique” artist access for home viewers.

“We know that festivals are about more than just music”

“Passion fuels everything we do at Coca-Cola, and nothing gets people moving, celebrating, and enjoying life like live music does,” says Thomas Oth, Coca-Cola country director, Belgium.

“Also, we know that festivals are about more than just music. They’re about breaking conventions and opening ourselves up to the stories and experiences we’ve missed out on over the past two years.”

Michael Willeke, integrated marketing experience director, Europe, adds: “Coca-Cola has a rich heritage in music and has been present at some of the most iconic moments in live music history, just like our brand it brings people together. It is a pleasure to bring our summer of music to our audiences once again this year, starting with Tomorrowland.”

Earlier this week, Tomorrowland revealed it is set to open Terra Solis, a new desert destination in Dubai, in September. Terra Solis is billed as providing music and entertainment with “a fun party atmosphere, and an exceptional food and beverage offering”.