Despite the circumstances in Ukraine, our industry will thrive 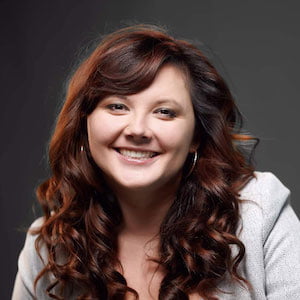 One of the first concerts in Ukraine to feature an international artist happened in November 1998 when The Prodigy visited. They had just released the most mind-blowing release, The Fat of the Land, and were at the peak of their popularity.

They were a cult band that paved the way for international acts in the Ukrainian live music market. For their support act, they invited local band Green Grey, whom they had met at the MTV Video Music Awards sometime before.

Tickets cost $10-40 [€9-36]. At that time, even the minimum price was a solid hit to the pocket. In Russia, the ruble had faltered, and the Ukrainian economy collapsed next. Ten dollars could be a month’s salary for an engineer in a factory.

This concert was followed, in 1999, by Metallica. The concert was not ideal in terms of organisation, but it was definitely memorable for the fans, some of whom travelled days to see their idols.

During the Orange Revolution in 2004, Ukrainians were more concerned about their future and political development, rather than concerts. There is even a famous joke that circulates between Ukrainian promoters: “I’ve done one A-Ha concert and bought a new flat afterwards. I’ve done another A-Ha concert and sold that flat (due to debts).”

That was the reality of the live market at that time. 2008 brought us the world economic crisis. Everybody remembers that nightmare and how hard it was to organise concerts in such situations. But Ukrainian promoters still brought Depeche Mode for the very first time with their Tour of the Universe.

Those years saw a wave of international stars in Ukraine: Linkin Park in Odessa; Elton John, Queen and Liam Gallagher in Kyiv; and Kaiser Chiefs and IAMX in Lviv. Some of those concerts were organised as part of 2012 UEFA European Football Championship activities at the time, while others also helped to put Ukraine on the tour map.

In 2014, the Revolution of Dignity radically proved Ukrainian’s pro-Western sentiments. But at the same time, it ruined the live industry. The majority of international acts cancelled their concerts citing security reasons or insurance difficulties. Jared Leto and 30 Seconds to Mars were among the bravest to still play their concert in March, but in general, it was a huge decline for the whole sector.

But the situation also had positive consequences. Because of the lack of competition, Ukrainian domestic artists had a powerful incentive to grow their fanbase. Within a few months, emerging artists like Vivienne Mort, 5 Vymir and Fontaliza managed to grow from basement clubs of 100 people to play well-respected 1,000-capacity venues.

Other artists received a boost thanks to radio quotas being introduced for Ukrainian-language music in 2016, helping some acts like The Hardkiss and Pianoбой reach arena level, while BEZ OBMEZHEN embarked on a tour of 100 concerts around Ukraine.

With the live music scene flourishing, those days also saw the launch of independent Ukrainian promoters such as Happy Music Group, H2D, and PMK Agency (which launched the Atlas Weekend Festival). Most of them tried to work with partners in Poland or Slovakia to package offers for talent, rather than team with Moscow promoters. Then came 2020. I’m sure lots of people still have unused concert tickets from that time, right? Me too.

Ukrainians cannot live without music. That’s why virtual concerts were created – organised to respect pandemic restrictions, with Green Grey at the forefront of that movement. In 2021, while many European festivals were postponing, Atlas Weekend went ahead, mostly with local artists, and became one of the biggest live events on the continent, with more than 600,000 visitors over seven days.

Despite the current circumstances and total stop in cultural life in Ukraine, we will thrive. We know how to find a way in every situation and provide the best audience experiences. It can be Rave in Chernobyl, Boiler Room Party in Slovyansk near the Ukrainian territories that have been occupied by Russia since 2014; concerts in the unique Science and Research Institute of High Voltage; DakhaBrakha’s concert in the Kherson desert; jazz concerts in the salt mines; and many others.

This is a nation of survivors. A nation of devoted enthusiasts. And with the help of the whole world, soon we will enjoy our favourite music on peaceful Ukrainian land. Glory to Ukraine!