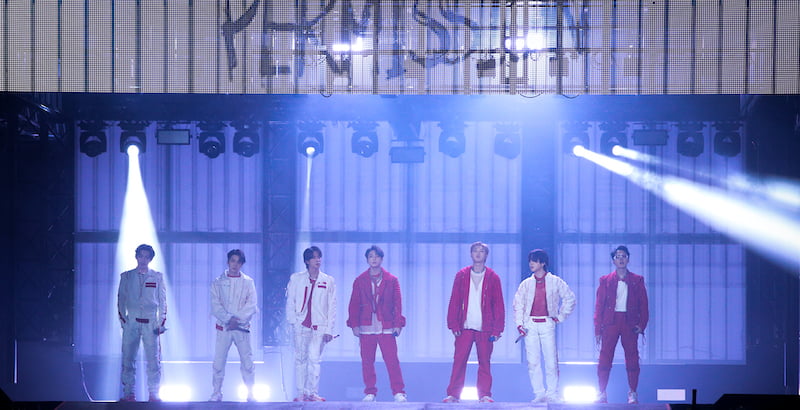 South Korea has eased its coronavirus protocols and lifted its ban on clapping and cheering at gigs.

Just 15,000 people per night were permitted to attend the 70,000-cap Jamsil Olympic Stadium in Seoul on 10, 12-13 March due to social distancing restrictions. But with the number of Covid cases stabilising, most measures have now been dropped, although the indoor and outdoor mask mandate has been retained for the time being.

The news coincides with the release of a report by the Korea Culture and Tourism Institute, which estimated the huge economic impact when BTS perform in South Korea.

“If BTS normally holds a concert in Korea during the post-coronavirus period, the economic ripple effect will reach 677.6 billion won ($550 million) to 1.22 trillion won ($989m) for one performance,” it concluded, according to Allkpop.

The study also referred to the group’s 2021 run at Los Angeles’ 70,000-cap SoFi Stadium, which marked the first time they had been able to be face-to-face with fans since the 2019 BTS World Tour. Internal data showed that more than 70% of the attendees at the LA concerts were from states outside California or overseas.

“This analysis took BTS concerts as an example, but it shows that holding K-pop concerts can have a huge impact on our economy,” it added.