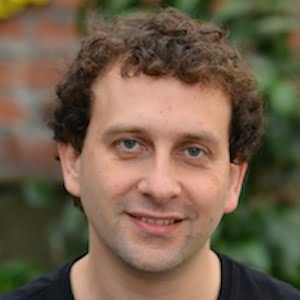 Russians who are against this unjust bloody war are shocked by horrifying events happening in Ukraine. Every day we find out about new atrocities. We feel devastated. It’s a catastrophe. All our thoughts and prayers are with people of Ukraine.

Responsibility lies with Putin and his fascist gang, but also with all citizens of Russia. Every sane Russian as well as every citizen of the world should work to help Ukrainian people and make Putin and every other war criminal pay for their horrendous crimes.

Troubles inside Russia do not really matter comparing to the suffering in Ukraine. It is really hard to find a proper tone and speak of live music in Russia. Everything seems to be a distraction from the terror happening in Ukraine. Still, as IQ asked me to write this opinion piece, I feel obliged to tell what is going on in Russia. I hope this won’t shift the focus from the war.

“The Russian concert industry is ruined”

We weren’t sure what was going to happen after pandemic ends, but a lot of shows had been announced for 2023 and we were hopeful that this year will be a big year. There were still some restrictions in place, most of which magically got cancelled right after the war started. So, we can promote again but, of course, there will be no shows. The Russian concert industry is ruined. No meaningful international acts will come to Russia for years unless Putin goes, Ukrainian territorial integrity is restored, and reparations agreement is signed.

Russian promoters currently work on refunding ticket buyers and are trying to get advance fees back from the West. It is not that easy as main banks are sanctioned and disconnected from SWIFT, but return payments via unsanctioned banks are still possible. I’m sure that absolute majority of music fans who go to concerts of international acts are much more open minded than general population, know foreign languages, read international news and are categorically against the war. Thus, it seems proper to support them with ticket refunds (versus keeping the fees at agencies’ accounts and not sending money back to Russia), as their financial troubles are going to be enormous in coming years.

However, funds that were spent on advertising campaigns, venue rentals and other expenses won’t be recovered in full, which will likely put a lot of live concert businesses in a very bad financial shape – and they are already in very poor shape after two years of covid crisis. The international part of the business will suffer terrible losses, which will probably make leading Russian promoters either bankrupt or severely indebted.

“Russian acts who supported Ukraine are being cancelled by the authorities”

Speaking about internal market, quite a few Russian acts who supported Ukraine are being cancelled by the authorities. They were doing it for years, especially when Crimea was annexed and the war in Donbass was waged in 2014/15, and then it slowed down. But since the last October the pressure went up. The government is suggesting cancellations and a lot of times promoters get scared and behave. If they don’t it’s hard to predict which way of cancellation authorities will choose. They may cut electricity off or shut down water and announce that the building is in emergency and everybody should evacuate or start searching for drugs delaying the show for hours until people leave. Things will likely get rougher now with all these new Stalinist laws.

They were previously cancelling acts one by one but now send extensive blacklists to promoters and venues naming acts that shouldn’t perform. The number of names on these lists is blowing up. Roughly 20 acts were added to blacklist right after the war started. It may sound odd, but the government is afraid of artists. They don’t want artists with high number of followers on social media to criticise Putin or his “special military operation”.

They are trying their best to stop the dissent. Opera singer Anna Netrebko supported Putin in the past and was silent for a month since the war began, but finally condemned it in very vague terms, not mentioning Putin or explicitly naming the aggressor. Nevertheless, a venue in Novosibirsk cancelled her show immediately, and likely the same will happen to her other Russian shows. Acts who speak strongly against the war and Putin’s regime – such as Pornofilms, Noize MC, Oxxxymiron, Face and others – will be very hard to promote now. Many of them had to leave Russia, including big arena names like Zemfira and Ukrainian born Loboda, who both made powerful anti-war statements.

“I never supported Putin. I was always against him… But I still feel shock, shame and guilt”

I will still be looking for opportunities to promote these artists. Sometimes the system works in very strange ways and one can hack it. For example, after a wave of initial cancellations and corresponding discussion in the independent media – all blocked in Russia along with Facebook, Twitter and Instagram, but accessible via VPN – government officials may want to demonstratively allow some of the blacklisted shows to happen, to make it look like blacklists are actually fake and do not exist. For example, Anacondaz are on the blacklist but managed to play a 7,500-cap show in Moscow Music Media Dome in mid-April.

But in general, I would say we lost all the international artists and somewhat a quarter of Russian acts – and it’s the better quarter of Russian acts. Somehow, the more talented people have an anti-war stance. There’s roughly another quarter of acts who wrote “NO TO WAR!” or put a black square on their pages but didn’t issue stronger statements. I think we can still work with them. There are also acts who keep silence and this is the grey zone. And there are pro Putin acts. I won’t work with the latter group for sure.

I never supported Putin. I was always against him. I was always expressing my opinion and being frank about what I think about Putin’s regime. But still, I feel shock, shame and guilt as everybody could do more to not allow this to happen. So I was amazed to hear words of support from my Ukrainians friends and colleagues and the whole world.

While the word “Russia” now seems toxic even when I read my name and country in the ILMC program, I hope that people around the world understand that Russian resistance and anti-Putin movement should be supported. So I plead to the world of live music: first of all please support Ukrainian people, culture and live music, make Ukrainian stages on every festival and every square, bring and promote Ukrainian bands, try to keep the focus on helping Ukraine – but if possible also don’t forget about those Russians who are on the right side.

I dream of the moment when Putin is gone forever, when Russia becomes a truly democratic country, helps to rebuild Ukraine, goes through the process of repentance and joins the free and peaceful world. All dictatorships fall someday, all wars end someday and I just hope that this day is close. I hope that freedom prevails and we can return to normal, peaceful lives, forever remembering those who perished and never letting this happen again; this time for real.