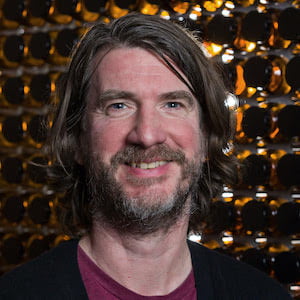 Finding new musical talent used to be as simple as witnessing someone really special playing their hearts out to a handful of people in some grimy bar and having an overwhelming urge to help them go further.

The people that put together festival bills were, to all intents and purposes, curators – they took risks on new artists based on little more than talent and taste. Now, I’m worried that curation in live booking has all but disappeared to make way for calculated safe bets based on data alone.

The problem isn’t unique to the live sector, of course. A&R across the board has become incredibly conservative, almost timid, with artists having to prove themselves through streaming figures and social media followings before a record label will even consider writing up a contract – particularly when it comes to the majors.

In the festival world, booking is worked out plotting an artist’s following against their fee. There is less and less room for creativity, for taking risks on new talent and using our privileged position to develop new acts.

“There’s a newer, less talked about danger that comes with our data dependence”

The consequences of a reliance on the tried and tested are obvious and well written about: homogenised stages, a dearth of diversity and real talent being left undiscovered for the sake of a safe bet.

But there’s a newer, less talked about danger that comes with our data dependence. As more and more of music’s gatekeepers chase the formula, more demands are put on artists beyond making great music.

You only need to scroll through TikTok or Instagram to witness the constant demand for content that is placed on creative people. Musicians have done the hard bit, they’ve created a fantastic record and live show, but then they’re told they need a social media calendar, daily posts, they need to curate playlists, they need to broadcast an acoustic set from their bathroom. Artists are pressured to be more visible and more engaging every day.

Then there’s the need to create ‘a Spotify tune’. Intros get shorter, vocals come in quicker… To a large extent, this game has been played ever since the introduction of the Top 40, but it’s only getting worse and it’s all divorced from the music itself.
Perhaps most importantly, it’s unsustainable – and it isn’t what artists want. They want to play. They want to make great music and they want that music to speak for itself.

We recently launched a live showcase series called In Transit based on those traditional principles of music focused booking and providing a platform for exciting, developing artists. We want to work with other music companies, across all sectors and disciplines, who share the same values.

The first edition of In Transit took place at Strongroom in London’s Shoreditch in February. In partnership with Bucks Music Group, it featured a solo set from Norwegian artist Beharie, London’s Amaroun, Portsmouth-based post-punk band Hallan and Welsh singer/songwriter CATTY.

More than anything, the showcase demonstrated the benefit that artists get from this kind of support, no matter where they are in their career. Every act on February’s In Transit bill, whether they had a huge guestlist or brought one person, got something out of it. In some cases, the impact was very tangible and immediate. Hallan, for example, got played on 6 Music the next day as a result of Steve Lamacq being in attendance. For others, the chance to showcase in front of industry or other artists was a great opportunity in itself. Relationships have been forged just by getting certain people into the same room.

We’ll be returning to Strongroom for the second edition of In Transit on 4 May, with AJ Wander, Pluum, Stella Talpo and Xadi on the line-up.

We’ll be partnering with Bucks again as well. A big part of what we’re trying to do is collaborate with partners and promoters on this mission – and there are a number of promoters out there that are bucking the trend, taking risks and bringing through the next generation of talent. But they tend to be younger, smaller promoters themselves, so they need help to develop their own capabilities as well.

We took one of our bands, Norway’s Pom Poko, to SXSW this year. They’re particularly good live and did a number of shows throughout the week. By their last set, towards the end of the festival, the audience was packed, simply because word had gotten around that there was this great band playing.

Remove yourself from the clamour around social media, streaming and statistics, and you’ll find that a recommendation from a trusted friend is just as valuable as ever.

There’s a sweet spot to be found somewhere between word of mouth and metrics. If we can find that as an industry, everyone will benefit.