Nick Hobbs, owner of Istanbul-based promoter Charmenko, relates his experience of a recent trip to Russia and conversations with colleagues over the past few weeks 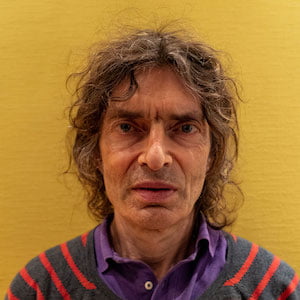 Covid drawing to its dreary close, I flew to Moscow with my Russian girlfriend in mid-February. I thought it would be a good time to meet with clients and review projects for later in the year and next. Also, I’d visit my girlfriend’s family in her Siberian home city, see my Russian friends, and do some teaching.

At that time, the threat of war was clear but, like just about everyone, I didn’t believe that Putin, for all his callous evilness, would actually invade Ukraine. He’s always been a b*****d but insane? We didn’t think so, rather we thought it was Machiavellian sabre rattling, all about posturing and extracting concessions from Ukraine and ‘the West’ at gunpoint. Then the unprovoked invasion began on 24 February, and the rest is very far from history.

In Moscow and St. Petersburg, I met promoters from seven different companies (some clients, some not), all working with both international and local artists. Before the invasion, they and I were all worried, yet cautiously optimistic that war would not start. Afterwards, we were all plunged into despair. All the promoters I met are vehemently against the war, even the one whose business depends on good relations with government structures.

Is cutting off people, organisations who are doing whatever they can to carry on independent thinking the right thing to do?

One of them has left Russia and has no expectation to return any time soon. Several others are thinking of moving abroad. Some of them hope to survive with local shows and corporate events. Some of them expect that to be very difficult because their business is mainly international, or the local artists they work with have come out against the war which means they can no longer perform. The local market has also shrunk – for now at least; many Russian acts have chosen to cancel their concerts, as well, of course, as just about all foreign acts for the rest of the year (at least); and I assume just about no foreign act will confirm concerts in Russia and Belarus until the war is completely over.

There’s also a very understandable call to boycott all cultural and academic connections with Russia and Belarus. I’ve been working in both countries for nearly 40 years and have many close professional and personal connections, none of them with the regime. Is cutting off people and organisations who are doing whatever they can to carry on independent life and thinking the right thing to do? My feeling is business, yes, has to stop. Other connections, no; we need to strongly support dissent inside Russia and Belarus; just as we did during the Iron Curtain years.

For all Ukrainian promoters, the invasion is a catastrophe on every level. The situation of Russian promoters, especially if they’re discrete about their opposition, cannot be compared with that of anyone in Ukraine. Yet public opposition in Russia is now highly risky. To oppose the war publicly in any form risks incurring a variety of punitive measures, including prison. Russian promoters, like the majority (I suppose) of the population, are victims of a different order than Ukrainians, but still victims.

Russian promoters are victims of a different order than Ukrainians, but still victims

I’d like to underline that it is hardly the Russian people waging war on Ukraine, it is the Russian regime led by a paranoid Vladimir Putin, and supported by a sadly large class of morally bankrupt and financially corrupt collaborators, with the support of Alexander Lukashenko’s equally grim Belarussian regime. The whole lot of them need to face the maximum of sanctions, and everything humanly possible should be done to support Ukraine in its existential struggle to defeat the invading forces.

Yet, the immensity of the unfolding tragedy notwithstanding, that should not mean I think that all Russians and Belarusians, as well as Russian culture, should be tarred with the same brush. I heard that one well-intentioned London agent told a Russian promoter that he should be out protesting on the streets. Well, I’d reply, easy to say if you don’t live in a neo-Stalinist dictatorship.

Alexei Navalny’s supporters and a great many Belorussians did exactly that and were brutally suppressed. Since the invasion began, many thousands of Russians have taken to the streets; most have been immediately detained, risking beatings, fines, Soviet-style punishments, and, with the latest regulations, imprisonment. Many prominent Russians have come out openly against the war; they risk their careers and imprisonment.

I hope that Ukraine quickly defeats the invading army, and I hope that that leads to the end of Putin and his rotten regime

An incredible 40% of Americans think the last election was stolen from Trump. The percentage of regime supporters in Russia is perhaps just a little higher at 45% (estimates differ). They support the regime because incessant, all-pervasive State propaganda feeds on their insecurities, just as Trump’s lies do in the USA. The difference is that the US system still has sufficient checks and balances (just about) to have stopped the last election from being overthrown. The Russian and Belarussian systems don’t have. It’s a big difference, one that’s not the fault of all the Russians who yearn to be rid of their regime, and yearn for Russia to be a normal European democracy – as, I think, it undoubtedly could and should be.

I hope that Finland, Sweden, Switzerland and Ireland join NATO; I hope that the majority of Serbs realise once and for all that Putin’s way is a bad way; I hope that all the authoritarian leaders of Europe (Turkey, Hungary, Poland etc.) realise that the strongman model of government is fundamentally diseased; and I hope that there’s a global coming together of democracies to say that, while democracy is very much a work in progress (and always will be), dictatorships of whatever kind are a disaster for human progress. And, stating the obvious, we stand or fall together (F.U. Nigel Farage).

Most of all, I hope that Ukraine quickly defeats the invading army, and I hope that that leads to the end of Putin and his rotten regime. Other scenarios hardly bear thinking about.