Rotterdam Ahoy’s RTM Stage up and running at last 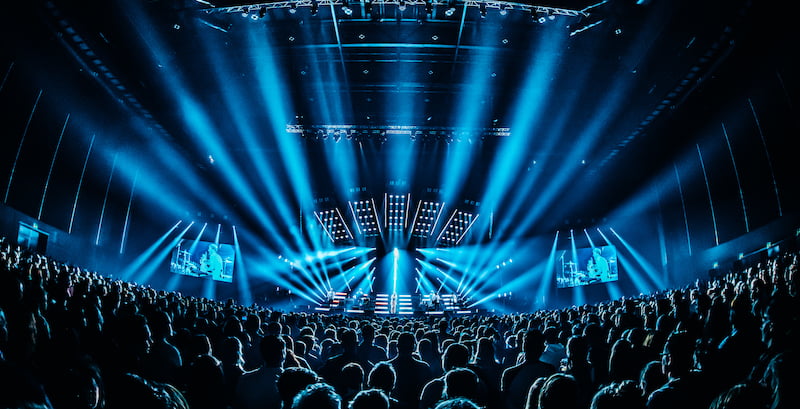 Rotterdam Ahoy’s 7,819-cap music and entertainment venue RTM Stage is finally up and running after construction was completed during the 2020 lockdown.

The Dutch government announced in March that it was lifting all remaining restrictions on live events following tireless lobbying from the Netherlands’ live music sector.

RTM Stage can also be utilised as a mid-sized 4,000-cap arena in its ‘XL’ variant or as a 2,500-seater, making the venue is the largest theatre-sized venue in the Netherlands. The new concert hall forms part of a new development at the Ahoy that also includes the Rotterdam Ahoy Convention Centre (RACC).

“It was a special time to open a new concert hall, but we are extremely proud of our complete expansion”

“It was a special time to open a new concert hall, but we are extremely proud of our complete expansion,” says Rotterdam Ahoy director Jolanda Jansen. “Everyone who enters RTM Stage is enthusiastic. You notice that people are happy with a new music stage in Rotterdam and in the Netherlands.

“With its different settings, RTM Stage is a unique mid-size arena in the Netherlands where concerts as well as events in theatre setting can take place. This is a concert hall with national and even international reach.

“Ahoy will always remain the sender of RTM Stage’s communications, but we have opted for a special appearance. Everyone should know that we have opened a new, trendy, state-of-the-art music hall and theatre!”

The existing Ahoy Arena (formerly the Sportpaleis), which dates from 1971, has a seated capacity of 16,426.