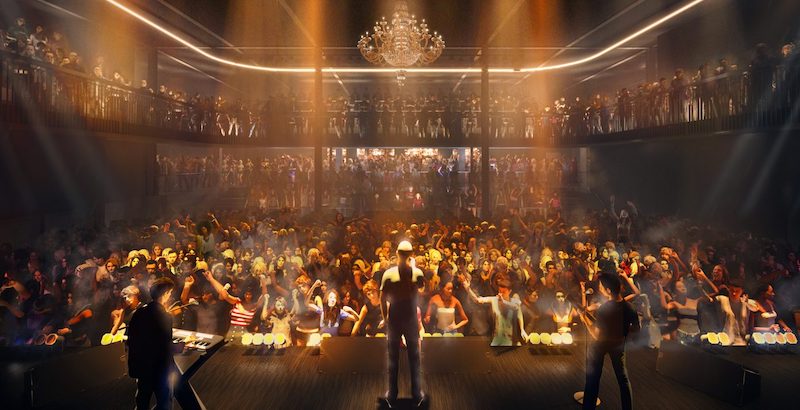 Live Nation has teamed with Secret Sounds, Five Four Entertainment, and the team behind Brisbane’s Fortitude Music Hall and The Triffid venues to launch a new live music venue in Adelaide, Australia.

Set to open in August, the 1,800-capacity Hindley Street Music Hall will also include a separate street level nightclub and restaurant, and will act as a hub for domestic and international touring artists.

The AUS$6 million (€3.9m) project is a large-scale redevelopment of the previous HQ nightclub and will create at least 60 jobs.

Secret Sounds co-founder and co-CEO Paul Piticco says the soon to be announced official launch party will be “a celebration of South Australia’s finest musical acts, both past and present as the focal point of the night”.

“South Australia is the State of Art and I have long-admired the value that SA puts on culture and social infrastructure,” says Piticco. “Our plan is to build one of the best music halls right here on Hindley Street, and to also do our bit filling it with the greatest local and international talent.”

Secret Sounds is Australia’s largest festival promoter, organising events such as Splendour in the Grass, Falls Festival, Spin Off Festival and the new Harvest Rock Festival, and works on shows by with acts such as Mark Ronson, London Grammar, The Strokes, Gorillaz and Liam Gallagher.

“I’m stoked to be bringing my experience and passion to a city I’ve always truly loved,” says venue director John Collins. “We’ve spent a lot of time on the design of the venue ensuring the relationship between the performer and the audience is the best it can be, and to create an incredibly intimate space where fans feel super close and connected to the artist. I want the Hindley St Music Hall to really contribute to Adelaide’s music culture and become an artist and fan-favourite for years to come.”

Live Nation already runs Australian venues including the Palais Theatre in Melbourne and Spark Arena in Auckland, and will assist the new site in attracting high calibre performers to South Australia.

“Hindley Street Music Hall will be a great new addition to our venues across Australia,” says Live Nation Asia Pacific president Roger Field. “The venue will ensure the continued development of the city’s incredible live entertainment scene and will attract amazing performances for local music fans to enjoy while also creating jobs for the local community.”

“As a proud South Australian who has worked in the local music industry for more than 10 years, I am extremely excited to be part of this project,” says Five Four founder Craig Lock. “Having a venue of this size and quality will no doubt increase the calibre of artists willing to play in SA. Music fans should be really excited about this venue cementing Adelaide as part of global touring circuit.”

The venue is preparing to host confirmed artists including Honne and Pub Choir, with a slew of international and domestic acts yet to be announced.