Live Nation and Oak View Group's new 17,000-cap venue is set to break ground later this year, with a view to opening in 2025 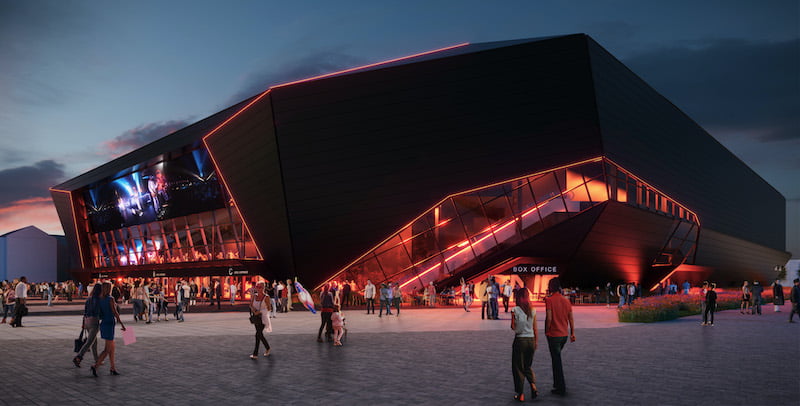 Construction of Live Nation and Oak View Group’s (OVG) new arena in Cardiff, UK is expected to start later this year after the development was granted planning permission.

The 17,000-cap venue, which is set to open in 2025, will form part of a wider multi-million-pound regeneration of Butetown, Cardiff in Wales.

The venue is being developed by Robertson Group with a view to bringing “some of the biggest names in the entertainment industry” to the city and cementing Cardiff Bay’s position as a “top-tier” visitor attraction.

“We are delighted with this decision, one of the most significant and landmark developments in the region for some years, and we look forward to delivering our vision for a new arena with our partners and Cardiff Council,” says Graham Walters, Live Nation UK Venues COO. “A world-class arena, with a global reputation for culture, will transform Atlantic Wharf for local, national, and international visitors to Cardiff, as well as facilitate job creation and economic growth in the region.”

“It is exciting that the plans for a new arena at Atlantic Wharf have been approved by the council,” adds OVG COO Mark Donnelly. “We are now looking forward to working together with our partners and the local community to give Cardiff and Wales the top tier arena they deserve.”

Phase One of the development formed part of a hybrid planning application that was submitted in November 2021 and has now been approved by Cardiff’s Planning Committee.

Both the arena and the wider masterplan are in line with Cardiff Council’s 2030 climate neutral aspirations, with energy strategies incorporated into the design and operational elements of the redevelopment set to achieve operational climate neutral positions by 2030.