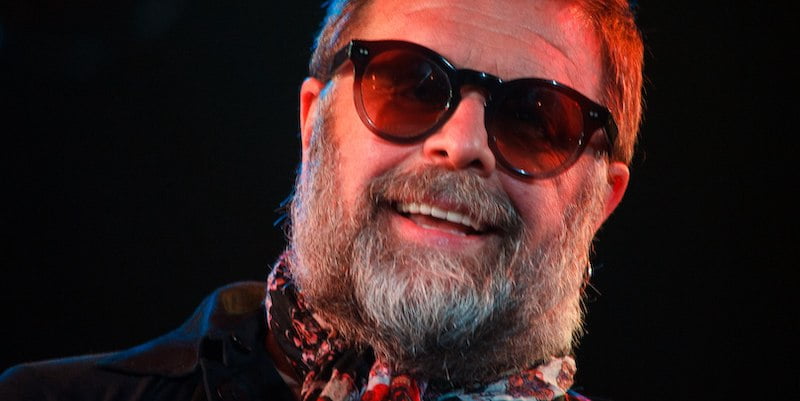 A blacklist of performers who have spoken out against the war in Ukraine has been leaked to Russian media.

The letter was published in pro-democracy newspaper Novaya Gazeta, whose editor-in-chief Dmitry Muratov jointly received the Nobel Peace Prize in 2021 alongside journalist Maria Ressa for safeguarding freedom of expression in their homelands.

“Such lists existed before, they were actively brought to the attention of promoters, organisers of concerts and concert venues,” states the 18 March article. “There is only one difference: now for violation of the ban and honest words from the stage, you can incur administrative, and even criminal liability.”

“I’ve spent half my life under some sort of ban,” Grebenshchikov told the BBC. “There were bans in the ’70s, bans in the ’80s – there’s nothing unusual about it. Then the same people who ban you give you prizes.”

Russian Media Group (RMG) released a statement explaining why it was no longer playing certain acts on its  radio stations or music TV channel.

“The reason for this decision was the harsh statements these musicians made towards Russia in the context of the difficult situation between Russia and Ukraine,” it said.

According to the BBC, another list was reportedly circulated to music venues and promoters in Russia demanding that certain artists were banned from performing because of their anti-war views.

“There are more artists on the list, and there is more resistance”

“The government was always cancelling bands, especially during the Crimea crisis in 2014, and then it slowed down. But since last October they have been trying to cancel shows,” he said. “The government was suggesting cancellations and sometimes promoters got scared and behaved. One of the shows was by a Russian rap act called Noize MC… Noize MC criticised Putin in the past. A lot of bands will be cancelled because of the same reason. We literally have pretty long cancellation lists.”

Galperin and Noize MC’s manager Elena Savelieva were both interviewed for the Novaya Gazeta article. Explaining the cancellation process, Savelieva told the publication: “Someone from the administration calls [or] comes to the club, informing the director that if anyone from the list speaks in this hall, the hall will be closed for inspection, fined for a fire hazard, or simply arranged for an event to provide evacuation exercises.

“Previously, the most popular move was to notify the leadership of the hall that a call had been received for mining. The result will be the evacuation of spectators and artists, the search for the bomb will drag on for 3-4 hours, and it will be simply impossible to hold a concert. But now this practice is rarely used.”

She added: “[The new list] is pretty flavoured with Ukrainian artists who always, even after 2014, performed in the Russian Federation without problems (except for Okean Elzy and Monatika, who themselves won’t go here now for any price). Our new names are Anacondaz, Galkin, Grebenshchikov, Meladze and Miron.

“There are more artists on the lists, and there is more resistance. Businesses have suffered greatly during the pandemic, and many are fighting for their earnings, defending artists, making promises to administrations, and have begun to go to court.”