Working in Television, Again and Again 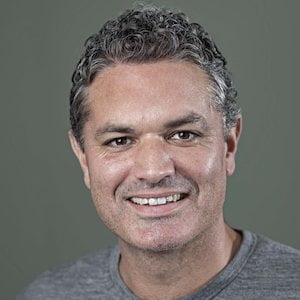 For the last year or so, we’ve been considering how we could evolve what we do. The concept of a ‘hybrid’ event – where you have a traditional tour show, put some cameras in the venue, and then hope to sell some live-stream tickets on top of the physical tickets – didn’t interest us at all. I just don’t think the experience would be very good for viewers at home. It would be no better than watching an old DVD or something you can get on YouTube for free.

Ultimately, we wanted to focus on what we’ve learned over the last 18 months. We’ve been super-proud of some of the live-streams we’ve done without audiences. The artists are filmed in such close proximity that it feels special when you’re watching at home. But how do you continue to achieve that when there’s an audience in the room? It sounds like a simple question, but it’s fiendishly difficult to pull off.

The Smile show was a culmination of all of that. We sold tens of thousands of live-stream tickets, and then there were 3,500 people in the room over the three shows. It’s probably the equivalent of two or three arena shows, but in a tiny setting so everyone felt like they had a front-row seat. It was a nine-camera shoot, but I doubt most people would have even noticed because it was done quite discreetly.

The venue is basically just an empty warehouse – a beautiful, modern, empty rectangular space – and we chose it for a few reasons. It was the right dimensions because we knew what kind of capacity we wanted to aim for, and the transport links are good, so it was a perfect solution. Our singular challenge was to ensure that anyone who saw the show enjoyed it equally, whether they were in the room or at home, and I think we got close to achieving that. I don’t think that’s ever been done before, and that’s exciting because it gives us a new format as an industry.

Thom, Tom and Jonny were so happy. They loved the experience, and we sold more tickets than we set out to. We had a target number, but we oversold that by 20-30%. With live-streams, you probably sell 35-40% of tickets at the front end, then it drops off, and then you sell another 35-40% at the back end. The other 20% of tickets are sold when it plateaus in the middle. That’s been replicated almost exactly throughout the last 18 months, and it was the same with The Smile.

It was the first time we’ve promoted a show that had two types of ticket – a physical ticket and a live-stream ticket – and the marketing involved is totally different for each. As a traditional promoter, the hope is that you book the right artist in the right sized room so that it sells out. From a marketing perspective, there’s really not that much going on: it goes on sale, it sells out, and that’s it. With this new format, the physical tickets sold out almost instantaneously, but we then had a further three weeks to continue to market the show to the rest of the world.

The band wanted it to be as authentic an experience as possible. They didn’t want to do one show and then a delayed broadcast, they wanted to go fully live for three shows, hence why the 8pm stream was for Europe; the 1am was for the US, and you then had an 11am show for Asia and Australia. We couldn’t do it any earlier because the 1am show didn’t finish until 2.15am, and you’ve got to allow the band and crew enough time to rest.

In future, depending on the artist size and fanbase, maybe you don’t need to do an Australian/Asian show. But it’s an economic choice because you make the physical ticket sales gross, but you have the expense of doing a third show with camera crew.

What I hope Driift is becoming, is the first specialist producer and promoter of live events for the digital era. If you think about it – and this isn’t a criticism – the live music industry is ultimately almost entirely non-digital; hardly anything about it is focused for the digital world. There are very few industries you could say that about in this day and age, so it’s cool we’ve stumbled across this through the pandemic. But through great challenges, comes innovation.