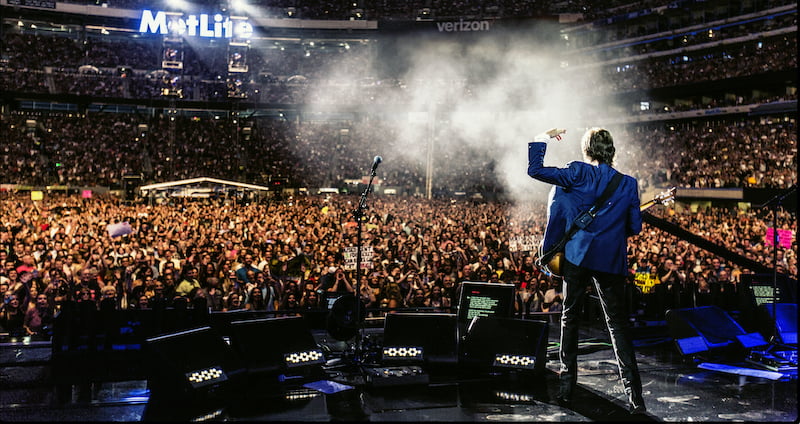 Paul McCartney has announced details of his first live shows since 2019.

The former Beatle, who is strongly tipped to be one of the headliners at this year’s Glastonbury festival, will bring his Got Back tour to 13 cities in the US, starting on 28 April with his first ever show in Spokane at the 14,000-cap Spokane Arena in Washington state and concluding at the 82,500-cap MetLife Stadium in East Rutherford, New Jersey, produced by AEG Presents.

The tour will also include McCartney’s live debuts in Hollywood, FL; Knoxville, TN; and Winston-Salem, NC; his first Fort Worth, TX and Baltimore, MD shows since 1976 with Wings and 1964 with The Beatles, respectively, and his first Oakland, CA date in 20 years.

“We are honoured to have one of the world’s most influential artists come back to New Jersey for another spectacular concert at MetLife Stadium,” says Ron VanDeVeen, MetLife Stadium president and CEO. “To celebrate Sir Paul McCartney’s return to MetLife Stadium, we are extending an unprecedented tribute by painting his name in our end zones.”

Booked by Marshall Arts, McCartney’s previous 39-date, 12-country Freshen Up tour wrapped in July 2019. The tour was the 11th highest grossing of the year, generating $100.3 million (€88.4m), according to Pollstar.