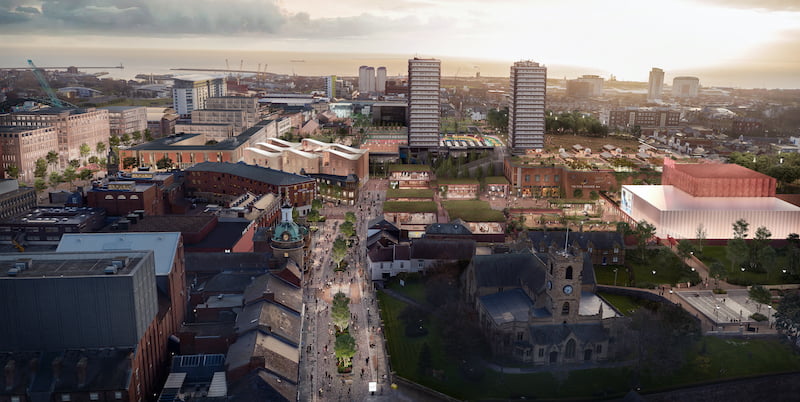 An artist's impression of Sunderland Arena

The UK’s arena circuit could expand further with the addition of a new 10,000-capacity venue in Sunderland.

Early plans for a large-scale arena and events space have been revealed for the £80 million Riverside Sunderland project.

Sunderland City Council is working with  partners including a “UK-based industry-leading operator” to deliver the city centre scheme, which has already attracted over £20m in funding and will move into advanced design stages if Sunderland’s cabinet signs off the proposed budget. A proposed opening date is yet to be revealed.

“The rate of transformation in our city points to the level of regeneration we are delivering for Sunderland, and this development raises that bar higher,” says Sunderland City Council leader Graeme Miller.

“We set out an ambition to bring more experiences to the city as part of our Riverside Sunderland investment strategy, and you only have to look at the change to date in the city centre to see that it is more than an aspiration – it’s something we’re determined to make a reality.”

Sunderland’s 55,000-capacity Stadium of Light is already established as a concert destination and will host three shows by Ed Sheeran and a night with Elton John in June.

“We’re transforming Sunderland – we’re delivering on our promises to residents – and we’re proud to be spearheading a programme of change in Sunderland that is unlike any period of change in living memory,” adds Miller. “This new investment will be an incredible addition to the city centre.”

The North East development is situated just over 10 miles away from ASM Global’s new 12,500-capacity Newcastle Gateshead Quays arena and conference centre, which is scheduled to open in 2024..