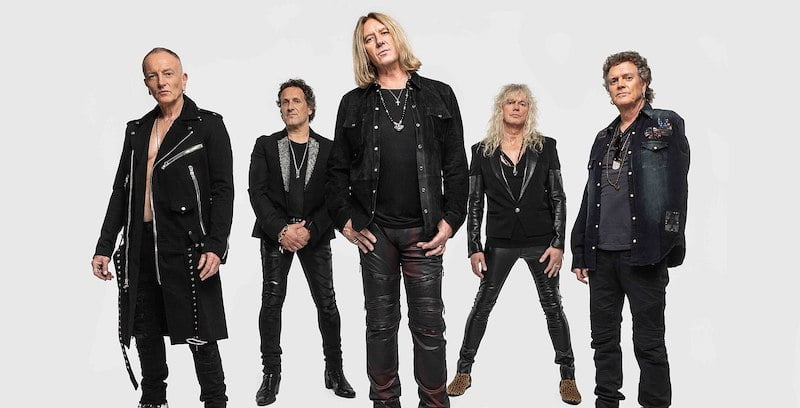 Def Leppard & Mötley Crüe’s rescheduled co-headlining tour of the US and Canada is being extended after notching up more than one million ticket sales.

The bands will be joined by fellow rock legends Poison and Joan Jett and the Blackhearts for The Stadium Tour, North America’s biggest stadium run of 2022.

Originally planned for 2020 before being delayed due to the Covid-19 pandemic, the Live Nation-promoted 35-plus show tour kicks off at Truist Park in Atlanta, Georgia on 16 June and wraps up with a newly announced stop at the Allegiant Stadium in Las Vegas, Nevada on 9 September.

Mötley Crüe reached a new generation of fans with their 2019 Netflix biopic The Dirt and celebrated their 40th anniversary last year.

“It’s on! We don’t think we’ve ever looked forward more to kicking off a tour than this one,” says Mötley Crüe in a joint statement.. We can’t wait to finally see all the fans across North America again. Get ready for a wild ride this summer!”

Def Leppard, who have sold 110 million records over the course of their career, headlined the UK’s Download Festival in 2019 and celebrate their own landmark 45th anniversary this year.

“On behalf of the band, we’re beyond thrilled that the stadium tour is finally happening this summer. It’s been a while coming and we can’t wait to get back on stage again,” says lead vocalist Joe Elliott.