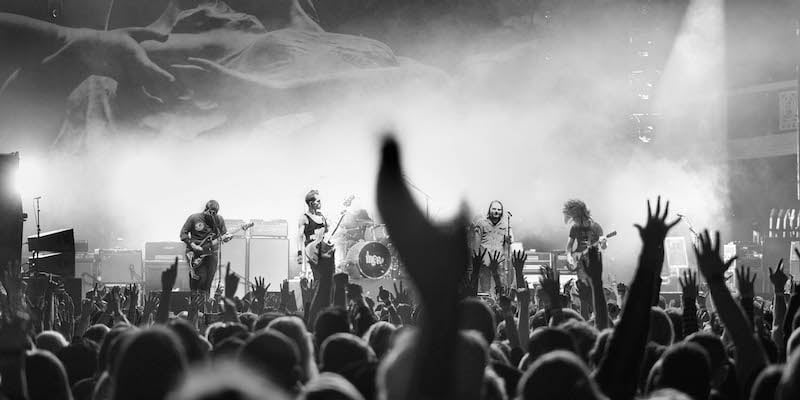 Welcome to IQ‘s Friday round-up of news from around the world. Here, in bite-sized chunks, we present a selection of international stories you may have missed from the last seven days…

Live Nation has issued a statement on its upcoming ’emo nostalgia’ festival When We Were Young (WWWY) after fans noted on social media that the company also promoted the ill-fated Astroworld last November. Paramore and My Chemical Romance (MCR) are set to headline WWWY, billed for Saturday 22 October in Las Vegas. “The safety of fans, artists and staff is thoroughly planned for among event organisers and in coordination with local authorities,” said Live Nation. “We have seen a lot of excitement around this festival and we look forward to putting on an incredible event for all of the fans this October.” Jimmy Eat World, Avril Lavigne, Car Seat Headrest, The All American Rejects, Taking Back Sunday and Alkaline Trio are also among the more than 60 bands set to play across three stages in 12 hours. “Set times will vary with earlier bands having shorter sets and the headliners having the longest,” added the statement. “For many festivals it is typical for earlier acts to have 20-30 minutes, while headliners often perform longer, closer to 45 to 60 minutes or more.”

The 2022 Grammy Awards have been rescheduled to Sunday, 3 April, at the MGM Grand Garden Arena in Las Vegas. The ceremony was originally scheduled for 31 January at Los Angeles’ Crypto.com Arena, but was postponed following concerns over the Omicron variant.

Promoters have warned a move to red in the country’s traffic light system would be ”devastating” for the live business. PM Jacinda Ardern announced yesterday (20 January) that all of New Zealand would move to red within 48 hours of evidence showing Omicron spreading in the community. The move would limit gatherings to 100 people, who would require vaccine passes.” Callam Mitchell of Team Event, organiser of Christchurch’s 25,000-capacity Electric Avenue, tells Stuff: ”It would be devastating for our team who have worked so hard over the past year to pull these events together. Not to mention the artists and suppliers who rely on events like ours, and the ticket holders who are looking forward to them.”

The winners of the 2022 Music Moves Europe Awards have been announced, with Denise Chaila (Ireland), ДEVA (Hungary), Mezerg (France), Blanks (Netherlands), and Alina Pash (Ukraine) taking the honours. The annual prize is co-funded by the European Union to celebrate emerging artists. Previous winners include Rosalía, Meduza, Bishop Briggs, Aya Nakamura, Girl in Red and Pale Waves. Winners receive €10,000, while Grand Jury Award victor Meskerem Mees (Belgium) wins an additional green touring voucher worth €5,000 and Ladaniva (Armenia), who triumphed in the Public Choice Award, receives €5,000. Each nominee is also offered the opportunity to attend a training day at ESNS to further their skills in internationalising their careers.

The Face-value European Alliance for Ticketing (FEAT) has launched a guide for members and European promoters on how to deal with suspected touted tickets. FEAT Guide: How to Find and Remove Scalped Tickets provides step-by-step advice on how promoters can prevent tickets ending up in the wrong hands, while providing clear support to fans. The guide outlines how to develop and implement an anti-tout policy, guide fans during onsale, and spot signs of touting. It also advises on the best route to cancelling tickets in a fan-friendly way, while taking into account the relevant legal considerations. The guide, which will shortly be launched in French, Spanish and German, is available on request only from [email protected]

Ed Sheeran, Doja Cat, Dave, Liam Gallagher, Little Simz and 2022 Rising Star winner Holly Humberstone have been confirmed as performers at this year’s BRIT Awards. The event will take place at London’s The O2 on 8 February.

The Featured Artists Coalition (FAC) has launched 100% Venues, a public database of UK venues that charge zero commission on artists’ merchandise sales. Venues can register here. ” These 100% Venues are leading the way, enabling artists to take home 100% of merchandise revenue,” says FAC CEO David Martin. “This makes selling merchandise at gigs worthwhile for artists, creating a fairer and more sustainable touring circuit, particularly for grassroots and emerging talent.” Roxanne de Bastion, board director and chair of the FAC BEAT board, adds: “Unfortunately, venues taking a percentage of merchandise sales seems to penalise independent and new artists in particular. The FAC’s Kitemark for independent promoters addresses this issue and has certainly made a start in making the environment fairer for artists.”

The world’s largest comedy festival Just for Laughs has partnered with AEG Presents and The O2 to launch Just for Laughs London from 2-5 March 2023. The spin-off is intended to become an annual event at the venue. “We are delighted to be working with such a well-respected and talented company as Just for Laughs, and look forward to presenting an amazing festival at The O2 next year,” says Steve Homer, CEO of AEG Presents UK. Emma Bownes, VP of venue programming at The O2 adds: “Just for Laughs are world leaders in comedy programming, and we can’t wait to host the very best UK and global stars, alongside podcast recordings, table reads and breakout comics across multiple stages under our roof. We look forwards to Just for Laughs London returning to The O2 for years to come.”

PRS Foundation’s Power Up scheme has opened applications for its second year. The initiative is designed to elevate exciting Black music creators and industry professionals and address barriers for those at crucial career stages. Power Up supports 20 Black music creators, and 20 Black executives and industry professionals with grant support of up to £15,000, professional development masterclass, access to partners and mentoring. The application deadline is 6pm on Thursday 17 February, with successful applicants to be announced in April. Information on how to apply is available here.

UK music licensing company PPL has announces its support for the 2022 edition of Independent Venue Week, the annual seven-day celebration of independent music venues around the UK. Taking place from Monday 31 January to Sunday 6 February, it is the ninth year of the initiative and the sixth year in a row PPL has supported it as an industry partner.