The 11,500-seater Acrisure Arena is projected to open in the last quarter of 2022 and will host more than 150 major events annually 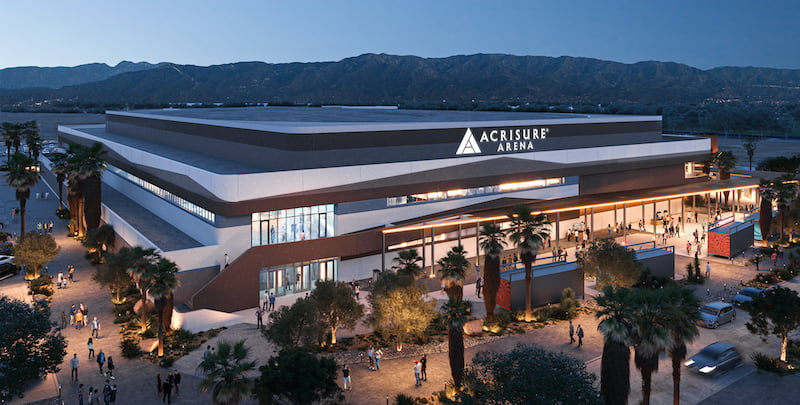 Located in the heart of Coachella Valley, the 11,500-seater Acrisure Arena is projected to open in the last quarter of 2022 and will host more than 150 major events annually.

The partnerships also includes permanent exterior signage, entitlement to the arena’s largest premium private hospitality space, and prominent Acrisure logo placement on the roof and throughout the venue. Financial terms were not disclosed.

“We are proud to announce our naming rights agreement with Acrisure,” says OVG chief Tim Leiweke, leader of the arena project. “Acrisure Arena will be the crown jewel of the entire Coachella Valley and a major destination for the biggest artists, concerts, and sporting events in the world. Acrisure and Oak View Group are dedicated to using this platform to improve the lives of everyone in the Coachella Valley.”

OVG has pledged the venue, which will be home to the Coachella Valley Firebirds ice hockey team, will focus on “prioritising technology, sustainability and green initiatives”.

In addition to sports and entertainment, the arena will accommodate conventions, large meetings, international events as well as award shows and exhibitions.