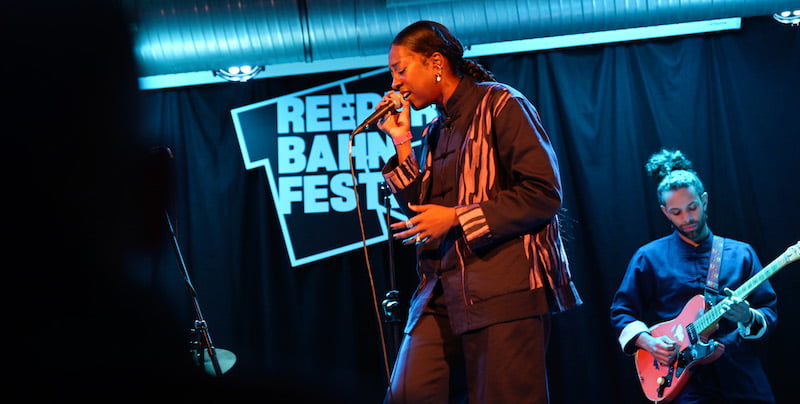 The Keychange initiative for gender equality in music has unveiled its 2022 class of artists and music industry innovators.

Selected by industry and export experts as future leaders from 590 applications, the new cohort of 76 women and gender minority participants will take part in the year-long talent development programme, which will provide the skills and opportunities to progress to the next stage in their career.

The participants are from are from 12 countries and include Shereen Perera, senior producer of Women of the World Foundation (UK), Samantha Slattery, founder of Women in Music Canada (CA), and Mathilde Neuville, co-founder of Consentis for the prevention of sexism and sexual violence in music (FR).

Curated by Sofie Marin, Keychange Capacity Building Lead, founder and CEO of From Sweden Productions/Arts Dynamics, the 2022 programme will launch with a digital kick-off on 16-18 February,

“It is a great honour to curate the programme for the 2022 cohort in close partnership with esteemed Keychange colleagues and partners across Europe and Canada,” says Marin. “Keychange is a unique project in the sense that as a capacity building initiative it not only provides the strategies, tools and connections for up-skilling, mastery and growth. It also empowers the participants with a voice, clarity and direction to bring about positive change as emerging cultural leaders in their respective fields. Something that is much needed in the world today.

“Now more than ever there’s a need for human connection, interaction, inclusion, and support across the borders which will be at the core of everything we do; whether physical, hybrid and/or digital.”

The initiative also includes a full network meet-up in London on 8 June and Reeperbahn Festival in September, with mentoring provided via shesaid.so and Keychange’s we.go mentorship scheme. The collaboration was launched in April 2020 and has brought more than 35 mentoring pairs together for peer-to-peer sessions, as well as providing participants with mentorship from industry professionals.

“We’re excited to be able to continue our journey with Keychange to deliver a high impact mentorship programme for the 2022 cohort,” says shesaid.so founder Andreea Magdalina. “At such a pivotal time for the industry, it’s more important than ever to provide individualised professional development for women and gender minorities that allows them to create connections, and be guided by role models.”

The number of music organisations that have signed up to the Keychange pledge has now topped 550, with latest signatories including Believe and Austria’s Snowbombing festival, while Ted Baker’s Street Party Sessions signing up as a sponsor. A total of 133 participants have taken part in the programme to date.

“Studies show that women and non-binary people are more affected by the impact of the pandemic than others,” adds project lead Merle Bremer of Reeperbahn Festival. “However, I am confident that with Keychange we are creating a motivating programme that will support all participants to (re)build their professional and personal skills and achieve their career goals in 2022.”