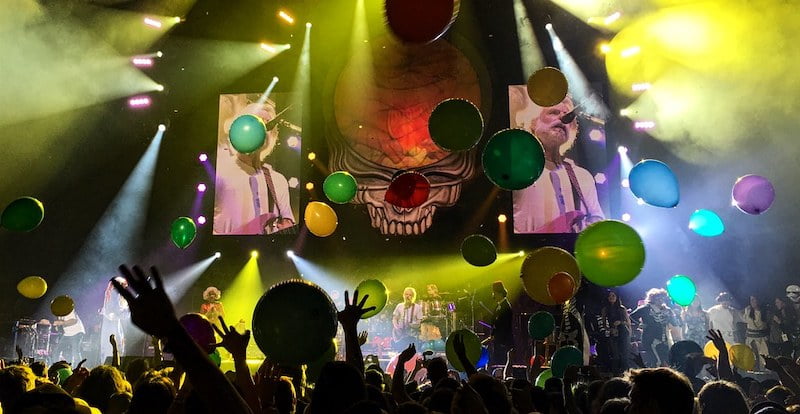 Welcome to IQ‘s weekly round-up of news from around the world. Here, in bite-sized chunks, we present a selection of international stories you may have missed from the last seven days…

Dead & Company and promoter CID Presents have cancelled their Playing in the Sand destination festival less than 24 hours before it was due to take place. The annual event had been set for Riviera Cancun over two weekends from 7-10 and 13-16 January, but has been axed due to a spike in Covid cases. “Dead & Company and CID Presents tried everything possible to bring normalcy and to deliver a great experience and amazing music, but with each day it became increasingly clear that cancelling is the correct thing to do for the fans and for our crew,” says a statement on the band’s Instagram page.  Dead & Company frontman John Mayer had earlier pulled out of the festival after testing positive for coronavirus.

A woman has filed a lawsuit against California’s The Forum, promoter Live Nation and ticketing platforms Ticketmaster and StubHub, alleging she was injured in a crowd crush at a Harry Styles concert at the venue in December 2019. According to court documents obtained by TMZ, the plaintiff claims the venue, promoters and ticketing services “failed to provide sufficient seating, lighting, security, supervision and crowd control”.

A US judge rejected Goldenvoice’s bid to extend a restraining order against Live Nation in its trademark infringement lawsuit over a rival music event called ‘Coachella Day One 22’. The event’s promoter, Native American Tribe Twenty-Nine Palms, was not listed as a defendant in the lawsuit after claiming sovereign immunity, but Live Nation was accused of “contributory infringement” due to tickets for the New Year’s Eve event being sold on Ticketmaster. The event listing had already been changed to ‘Day One 22’ on Ticketmaster, which was permitted to continue selling tickets for the festival after the judge concluded it was no longer directly infringing the Coachella trademark. Tribal chairman Darrell Mike praised the ruling as “a win for the tribe, the community and our ticketing partners at Live Nation”.

Bengi Ünsal, head of contemporary music at London’s Southbank Centre, is switching to The Institute of Contemporary Arts in March as its new director. Ünsal was artistic and managing director of Istanbul’s Salon IKSV venue prior to joining the Southbank Centre in 2016, where she has overseen the annual Meltdown festival with guest curators MIA, Robert Smith and Nile Rodgers. This year’s Grace Jones-helmed edition is set for June.

Well-being organisation Music & You has teamed up with beauty cosmetics firm Lush, entrepreneur Zoe Sugg, aka Zoella, and mental health campaign #IAmWhole to create a fund providing free therapeutic support to people who are working, or used to work, in the live music sector pre-pandemic. To apply, individuals should complete this application form by no later than midnight on Thursday, 20 January. Applicants will be notified of a decision by 22 January.

TodayTix Group has acquired live events ticketing platform Goldstar. The deal marks the latest move for TodayTix, which has been on an acquisition spree since 2020,  purchasing four companies including theatre specialist Show-Score; London-based Encore and Broadway Roulette.“We are focused on unlocking as much potential as we can so when the industry returns we can be a big part of its recovery,” the company’s co-founder and CEO, Brian Fenty, tells Variety. “We are live events purists through and through. We really do believe that despite the toll of the pandemic, there’s going to be a Roaring ’20s. We believe that people are desperate for arts and culture and are eager to get back into theatres.”

Britvic has been named as The O2’s new Official Soft Drinks partner in a five-year deal, brokered by AEG Global Partnerships, with Pepsi Max served and seen across the London venue. The partnership will mean pouring and supply rights across all bars at Indigo at The O2 and concourse bars, suites and premium bars including The Deck, AMEX Lounge, O2 Blueroom and Sky Backstage bars at The O2 arena. The deal will also welcome a takeover of the level 1 bar which is to be rebranded as The London Essence Company bar. In addition, Britvic will have activation opportunities at the venue and access to tickets for Up at The O2 ­ for promotional use. Meanwhile, Birmingham-based NEC Group has announced a multi-year deal with Molson Coors Beverage Company, which is responsible for a portfolio that includes Pravha, Staropramen, Rekorderlig and Coors. The deal will see Pravha being named as the official beer of Utilita Arena Birmingham and Resorts World Arena with bars across both venues carrying the Pravha branding.

Dice has ramped up its North American expansion by becoming the ticketing partner of the Newport Jazz Festival and Newport Folk Festival. The partnership will see the events, which will be held in Rhode Island in July, offer digital ticketing for the first time. “Every year of the event, we work with our partners to innovate beyond traditional ticketing,” says Newport Folk executive producer Jay Sweet. “In a year where fans deserve to get out and go see the music they love, we know Dice is the right partner to make things as easy as possible, fair, transparent and intuitive for our Newport Family. We want these tickets in the hands of our fans and not on the secondary market.”