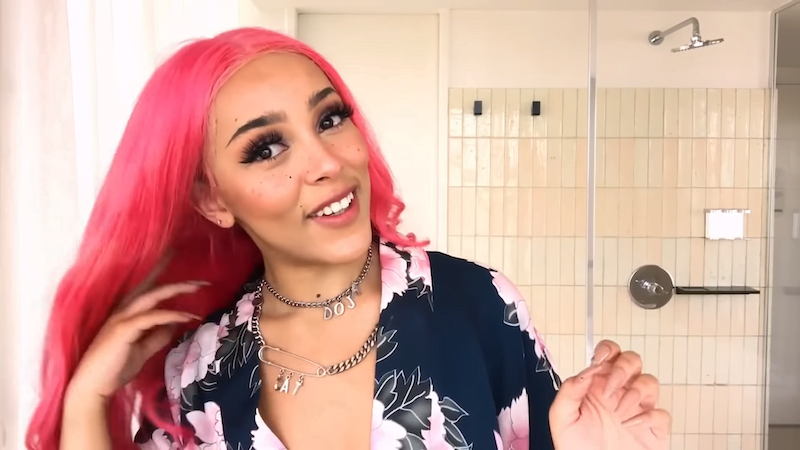 Welcome to IQ‘s weekly round-up of news from around the world. Here, in bite-sized chunks, we present a selection of international stories you may have missed from the last seven days…

A man was arrested after allegedly making a bomb threat in an attempt to jump the queue ahead of Doja Cat’s free show in Indianapolis on 8 January. “Indianapolis IMPD has arrested a man who was trying to get through the security line for AT&T’s Playoff Playlist Live at Monument Circle,” says a police spokesperson. “Nearby witnesses told police the individual said he had an explosive on him. IMPD officers responded, searched his bag and did not find an explosive. The man had unrelated outstanding warrants and was immediately arrested for those.” The concert went ahead as planned.

European showcase festival and conference ESNS (Eurosonic Noorderslag) has finalised its festival programme. The five newest additions to the festival line-up are Dutch acts MEROL, Wies, Pom and Cloudsurfers, who will be playing Noorderslag, and Tinlicker at Eurosonic. For the second consecutive year, the Groningen event has moved entirely online from 19–22 January 2022 in response to the government’s latest Covid-19 measures.

Paradise City festival has been awarded the maximum four-star rating by not-for-profit organisation A Greener Festival for the second time in a row, making it the greenest music festival in Belgium and among the greenest festivals in the world. Last year, CO2 emissions per visitor were reduced by 16% compared to the previous edition, despite a larger capacity. Paradise City returns to Ribaucourt Castle, near Brussels, from July 1-3.

European ticketing operations and management software company Tix Ticketing has announced the launch of its US operations, led by newly hired business development manager Aren Murray. Murray, who oversaw the growth of Texas A&M’s centralised arts box office, as well as ticketing operations at Tobin Center for the Performing Arts in San Antonio, will be responsible for overseeing business development initiatives, assisting venues and organisations in streamlining their ticketing operations. Launched in Reykjavik in 2014, Tix has existing offices in Iceland, Denmark, Norway, Finland and Sweden, as well as the Netherlands and the UK.

Manchester venue Band on the Wall is re-opening its doors this spring following the completion of a £3.5 million expansion project. The building has been transformed with the main room capacity extended to 500 and a whole floor dedicated to its learning programme, World of Music. The refurbishment was made possible thanks to a £1.4m grant from the National Lottery Heritage Fund, along with support from Arts Council England, Foyle Foundation, Oglesby Foundation, DCMS, Charities Aid Foundation, Carlsberg, Ticketline, Lloyds Bank and Manchester City Council.

Live event ticketing technology and analytics firm Logitix has named Jed Weitzman to the newly created position of head of music. Weitzman brings over 25 years of executive experience, specialising in talent management, technology, and ticketing. Most recently, he built the music division for Ticket Evolution and consulted for over 60 major tours. Weitzman will lead the music division for Logitix to optimise concert ticket sales through real-time data, dynamic pricing, and distribution.

Premium livestreaming platform Staccs has announced its first local artist collaboration with singer-songwriter, Lars Winnerbäck. Fans will be offered exclusive access to Winnerbäck’s performance at Södra Teatern in Stockholm, filmed last August. “Following the success of our first collaboration with Nightwish, we are excited to continue to bridge the relationships between fans and artists,” says Staccs co-founder and COO Jonas Sellberg.

The Music Venue Trust (MVT) has announced a new campaign to encourage music fans to enjoy live music in safe environments by supporting their local grassroots music venues. The #golocal campaign puts the emphasis on enjoying live music in a safe environment by urging music fans to visit local grassroots music venues, avoiding mass transport and large crowds of people. “We see this difficult and uncertain period as an opportunity to put the focus firmly back on local music venues and to encourage people to investigate the many amazing opportunities to safely experience live music within their own communities,” says MVT CEO Mark Davyd.