Electric City will take place at Clapham Common on the August bank holiday with acts including Chase & Status, Headie One and Hybrid Minds

Chase & Status are due to perform at Electric City 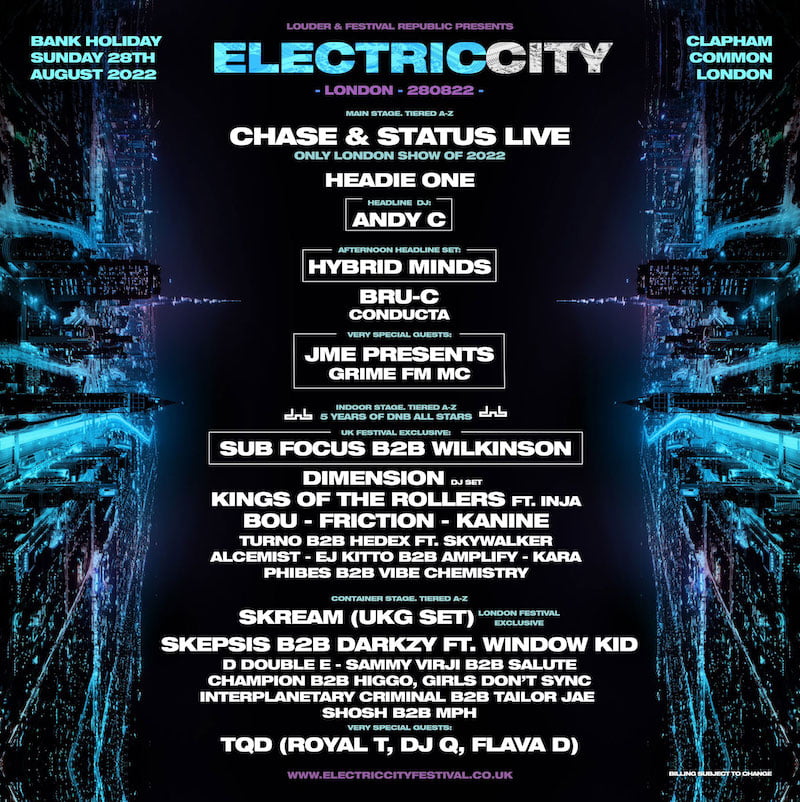