O2 Academy Brixton hosted the second of three tribute events celebrating the life of the beloved agent, who died in September aged 53 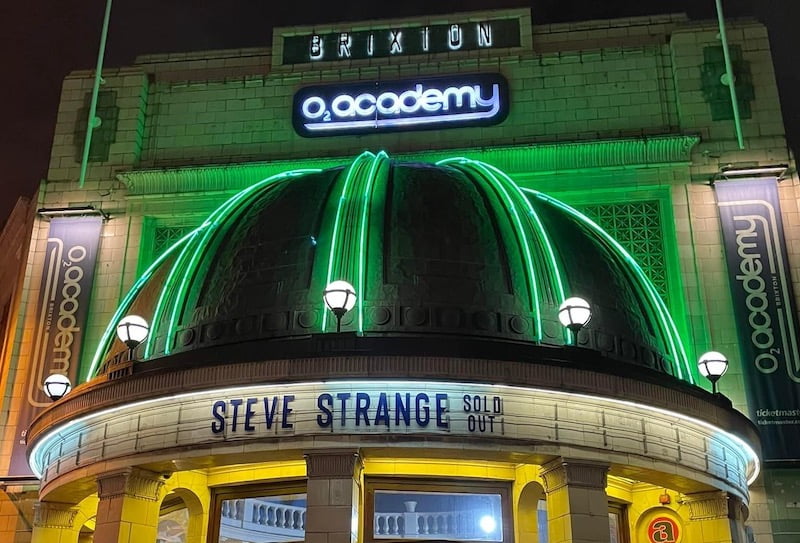 Colleagues, clients and friends of the late Steve Strange packed into London’s O2 Academy Brixton last night for the second of three memorial events celebrating the life of the beloved agent.

Around 500 people attended the private event, organised by X-ray and supported by Live Nation, Metropolis and SJM Concerts. The Northern Irishman’s longtime friend, Scottish music stalwart Donald MacLeod, compered the night. Artists to perform included Ash, Saxon, Eagles of Death Metal and Ian Broudie of the Lightning Seeds. Coldplay frontman Chris Martin was among those sending in video messages for the evening.

It was an amazing night. He would’ve loved it

“It was hard gig to do and emotionally draining as Steve meant the world to me, as he of course did with everyone attending,” Holdfast Entertainment Group MD MacLeod tells IQ. “I think he would have been delighted with the turn out and reaction. I hope I did him proud.”

“It was an amazing night,” adds Strange’s X-ray Touring sidekick Josh Javor. “He would’ve loved it.”

Dubbed ‘The Farewell Tour’, celebrations were also held in Los Angeles on 17 November and will wrap up in Belfast on 19 December.

McLeod’s speech at last night’s Brixton event is reproduced in part below:

“Steve Strange, a man whose light shone so very brightly and whose warmth and glow, we, and all who knew him are so grateful for having stood in, taken succour from, and been fully enriched by. He burned so very brightly that he seared our souls.

“His unique gale force of a laugh could brighten the darkest of days and his snoring, my god, his snoring was so loud it could shake your wallies out ..it was right off the Richter scale. Steve was the only man I have ever met that could fall asleep standing up while on the telephone.

“I met Steve over 30 years ago while watching a bunch of rock bands, whose names escape me, in an equally forgettable London dive. He barged up, with his long flowing ginger hair, looking like one of King Charles the First poodles, tapped me on the shoulder and bellowed in my ear: ‘I’m Steve Strange, and I want to talk to you’

“‘Strange? That you are Steve, that you are,’ I replied. And so began a rich, vibrant, and fruitful friendship, one which I never thought for a second would end, just three decades later in LA.”