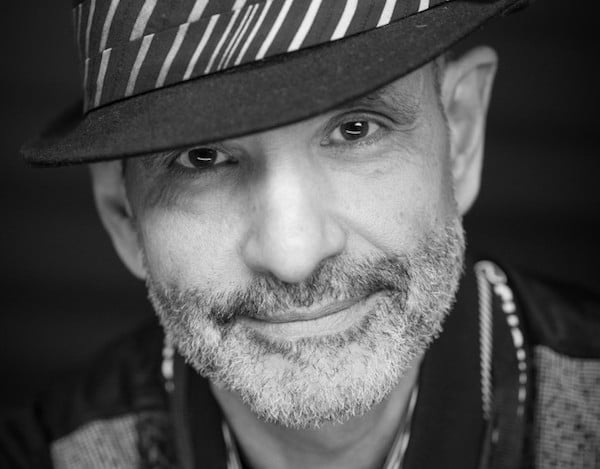 Entourage Talent’s Wayne Forte has spoken to IQ about his electrifying new documentary, Learning To Live Together: The Return of Mad Dogs and Englishmen.

The ILMC stalwart is one of the producers of the 111-minute concert film, which tells the story of the legendary short-lived 1970 tour with Joe Cocker featuring a mammoth 32-piece band, and the 2015 reunion organised by the Grammy Award-winning Tedeschi Trucks Band’s Derek Trucks and Susan Tedeschi.

The reunion featured 12 of the original Mad Dogs, including Rita Coolidge, Claudia Lennear and the late Leon Russell, plus guest performers Chris Robinson and Dave Mason. Cocker passed away in 2014.

Directed by first-time filmmaker Jesse Lauter, the production interweaves archive footage from the original documentary and concert film with new interviews and performances from the reunion show. It received its international premiere at the Raindance Film Festival in London on 31 October.

Here, Forte, who is agent for Tedeschi Trucks Band along with artists such as Steve Hackett and Joe Satriani, tells us how it all came to pass…

How did the project originate?

“The original plan was to perform a special event show at the Lockn’ Festival, in Arrington, Virginia. The idea was to have the band perform a Tedeschi Trucks Band set one day and a special collaborative show with another well known artist the other day. In this particular case, we reached out to Joe Cocker to front the band, performing a Mad Dogs & Englishmen set. Getting Joe to sit in with the band for a few songs is something we had tried to do on a number of occasions, with no prior success. We were then told that we would have an answer from the Cocker camp in a short while. A few months later, it was announced that he had passed away.”

What were the keys to bringing it all together?

“After the announcement of Joe’s passing, the band, manager, festival promoter and I decided to move ahead with the plan as a tribute to Joe Cocker, with the idea of finding someone to take his place. After months of searching high and low, there was no one that could do that so we then decided to use various ‘guests’ and have Susan Tedeschi sing some of the songs as well, as the Tedeschi Trucks Band had already been doing for a few of the Mad Dogs & Englishmen/Joe Cocker versions. We began enlisting various guests – Chris Robinson of the Black Crowes, Dave Mason to sing Feelin’ Alright, Warren Haynes, Jon Bell from Widespread Panic, etc. However, when the promoter asked if it would be alright to reach out to Leon Russell, who had supported Tedeschi Trucks Band on one or two occasions and sat in with them at the Beacon Theatre once, that’s when the floodgates began to open. I then suggested he see if Rita Coolidge was still working, see if he could find Claudia Lennear, who I had heard was retired, and contact Chris Stainton, who Derek [Trucks] had played with when he toured with Eric Clapton. Before we knew it, we had 12 of the original Mad Dogs, along with the 12-piece Tedeschi Trucks Band!”

Why did it appeal to you personally?
“I was and am a big fan of Mad Dogs & Englishmen and Leon Russell, and it seemed as if we could create something big or nothing at all.”

What convinced you of the story’s feature-length potential?

“I originally suggested to the band’s manager that we film the show just in case something magical happens. Unfortunately, the cost of doing so on that scale and on short notice was prohibitive. We scrambled to try and get it organised and then settled for two remote handhelds and the footage from the festival livestream, which the festival producer agreed to allow us to have, with certain provisos, in the hope that we could do something special with it. It started out to be a live concert film/DVD, what have you, but blossomed into the actual feature length result through the vision of the director, who put together the outline to tell the story.”

What were the biggest challenges involved?

“Raising the funds in order to complete the project – all which was done independently by me and the band’s manager, my co-producer – with some assistance from the director. We initially tried making a deal with various streaming and VOD services, but none quite understood the vision. Meanwhile, we have already had some fantastic reviews and a number of accolades from independent film festivals. The actual project took us six years from the end of the festival show until we were able to screen the finished product. The second tallest mountain to climb was getting all the clearances/licence for the archival footage and music involved. There are 64+ songs and loads of archival footage throughout.

What is your favourite section, scene and/or performance?

“There are too many to single out. It is not dissimilar to having a horde of children and asking, ‘Which is your favourite?’ Having said that, I think the end is very powerful.”

What are your goals for the film now?

“We have been booking it into independent cinemas here in the u.s and quite a few have already booked return screenings. Our ultimate goal is to have it seen by as many people as possible. In the words of Susan Tedeschi, we need to tell the story so people know… We are currently looking to make individual or a worldwide streaming/VOD deal to make it available to the masses.”

How pleased have you been with the response to it so far?
“Very. However, I set high bars for myself and everything I do. Therefore enough is never enough! And again, it is about having as many people as possible see it.”