After two barren years due to the pandemic, London is bracing itself for a stadium rock bonanza next summer 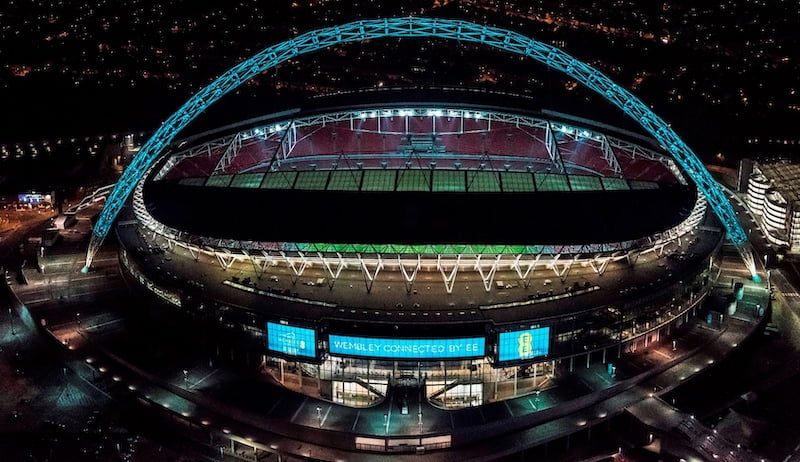 London’s Wembley Stadium has created a second concert window for the summer of 2022 as it bids to meet the “incredible” demand for live shows.

The 90,000-capacity national stadium will welcome Ed Sheeran for five nights from 24 June to 1 July before hosting the UEFA Women’s Euro 2022 final on 31 July. It will then revert to music with Westlife (originally scheduled for 2021) on 6 August, followed by six dates by Coldplay from 12-20 August.

James Taylor, the venue’s senior commercial manager, tells IQ it was a “huge challenge” to accommodate the level of interest.

“We had to create a second concert season in August 2022 post the Women’s Euro Final to fit the demand in,” he says. “That was incredibly complex to navigate, but with various parties working together we made it work.

“In order to give the acts all wanting to play at Wembley the chance to hit the number of nights they wanted to do, we also managed to gain approval from Brent Council to extend our music cap, so we are in a good position to capitalise on delivering concerts at the venue and satisfy demand for years to come.”

Upon the completion of next year’s shows, Sheeran and Coldplay will have equalled Take That’s record of 12 nights at the new Wembley, with Take That also holding the record for the most dates on one tour, with eight, for their 2011 Progress Live run with Robbie Williams.

“Coldplay are only the second act to reach six nights on one tour at Wembley and have sold these shows out already. We saw incredible demand, which demonstrates that the public are keen to get out and see live shows again,” says Taylor.

“Ed Sheeran became only the third act to reach five nights in a season, which was impressive in itself as he is an ‘in the round’ show, and thus a 90,000-plus capacity. We have Westlife also playing in 2022, with other acts still in the pipeline so hopefully we are not finished yet.”

Wembley set a new benchmark in 2019 by holding 14 gigs in the space of five weeks, including three dates by the Spice Girls and two each by BTS, Fleetwood Mac and Pink.

“We are shaping up well for 2022,” adds Taylor. “We have secured the two biggest tours out in 2022 in Ed Sheeran and Coldplay, which means we are in with a shout of another record number of nights at Wembley for the second consecutive concert season.

“We have seen a number of acts move out of 2022 into 2023, some as they had arena tours building into stadium shows which Covid has obviously delayed. 2023 is looking incredibly strong for stadium shows and I’m doing my level best to accommodate as many of our holds as possible.”

After two barren years due to the pandemic, England’s capital is bracing itself for a stadium rock bonanza next summer.

London Stadium has a triple-header starring Green Day, Fall Out Boy and Weezer (24 June), followed by two nights with Red Hot Chili Peppers (25-26 June), before the return of Foo Fighters on 30 June and 2 July.

Plus, Tottenham Hotspur Stadium will make its concerts bow courtesy of two dates by Guns N’ Roses (originally slated for 2020) on 1-2 July, while Arsenal FC’s Emirates Stadium will stage its first music shows since 2013 when it welcomes The Killers from 3-4 June (also originally planned for 2020).

According to Taylor, the evidence suggests the pent-up demand from the public is sufficient enough to support the huge volume of stadium tours – enquiries for dates at Wembley already stretch to 2025.

“Given the demand for the shows we have already put up, they have definitely met expectations and I’m not seeing anything that gives me concern over market saturation,” says Taylor. “Time will tell, but nothing is causing me concern to date. I believe the stadium shows at other London stadiums have also sold well, which is good to hear.”