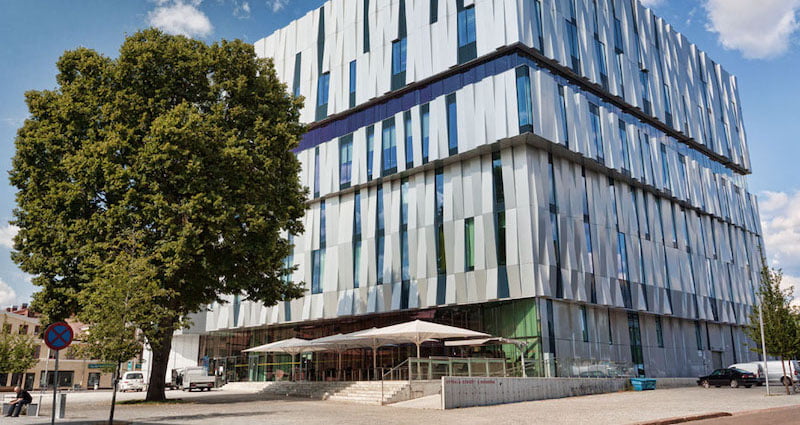 Two people have died and another person injured after a man fell seven storeys before an ABBA tribute show at the Uppsala Konsert & Kongress Hall in Sweden last night (2 November).

Police said the man who fell was in his 80s and landed on two people in the 1,100-capacity concert hall’s ground floor foyer, 30 minutes before the concert was due to begin.

One of the people hit – a man in his 60s – was fatally injured, while the other – a woman in her 60s – was taken to hospital with non-life threatening injuries. The circumstances that led to the tragedy are being investigated.

“We received a call about someone having either jumped or fallen from a high altitude,” police spokesman Magnus Jansson Klarin told the AFP news agency.

We still know nothing about what caused the accident

Promoter MTLive wrote on Facebook: “As you probably understand, it has been a tough day for all of us in the production. Our thoughts go out to the perished and their relatives. We still know nothing about what caused the accident and how this could happen.”

The show was cancelled following the incident, with the tour set to resume at Halmstads Teater tonight (3 November).

The tragedy came two weeks after a man died after a balcony fall at a Phish concert at San Francisco’s Chase Center. Two other people suffered non life-threatening injuries in a separate fall at the same show.

“The investigation has evidence to believe the victim leapt from an elevated area of the arena causing him to fall a significant distance, which caused his injuries,” said a statement from the San Francisco police department.