The inaugural Live At Leeds: In The Park will welcome Bombay Bicycle Club, Nothing But Thieves, Arlo Parks, Easy Life, Sea Girls and more

UK promoter Live at Leeds has announced the first wave of acts for its new one-day festival, Live At Leeds: In The Park.

Bombay Bicycle Club, Nothing But Thieves, Arlo Parks, Easy Life and Sea Girls are among the acts that have today (10 November) been confirmed for the indie/alternative outdoor festival.

The festival is set to launch on 4 June 2022 at Temple Newsam in Yorkshire – home to a number of major UK festivals including Slam Dunk and Newsam Park.

Organisers say that the event will be an “in the park” version of Live at Leeds In the City – one of the country’s largest multi-venue, inner-city festivals.

Since launching in 2007, the flagship festival has showcased bands across multiple venues in Leeds city centre on the May bank holiday weekend. This year’s event was pushed back to October due to the coronavirus pandemic.

The event will again take place in the autumn of next year, on Saturday 15 October 2022.

“After the most difficult couple of years it felt amazing to deliver Live at Leeds In the City this year, and following it up with this brand new event for 2022 makes the future feel really positive. Hopefully, everyone loves this lineup as much as we do, and our loyal Live at Leeds crowd enjoy having two festivals to look forward to in 2022!”

Tickets for Live At Leeds: In The Park go on general sale from 10 am this Friday (12 November), with general admission tickets starting from £55. For more information, visit Live at Leeds.

See the full lineup below: 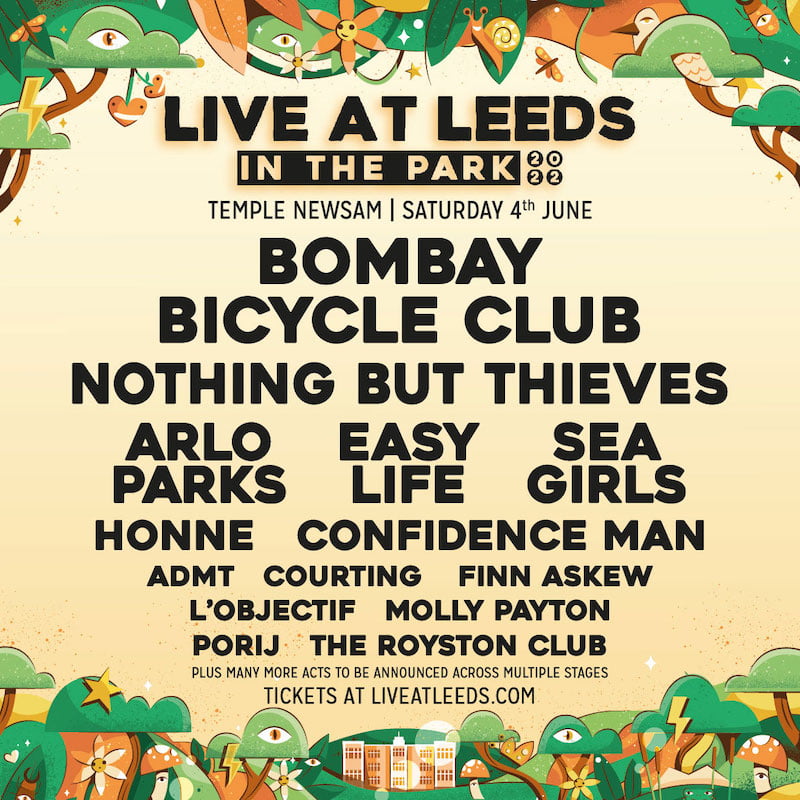