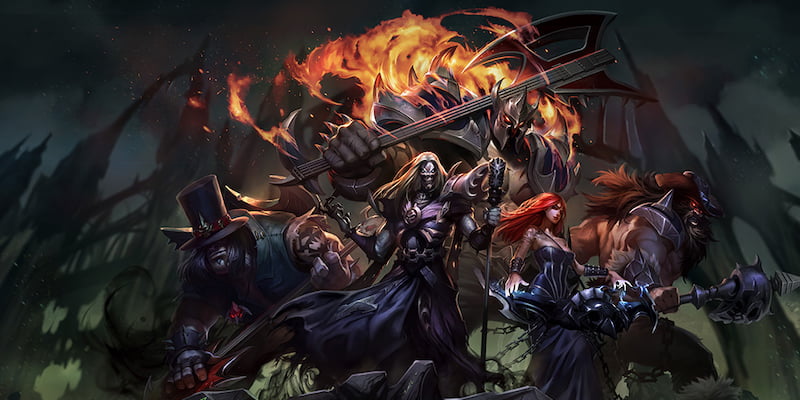 Riot Games has teamed up with entertainment firm Wave to produce an immersive concert by virtual heavy metal band Pentakill.

The band, who were created by the video game developer for its flagship title League Of Legends, premiered Lost Chapter: An Interactive Album Experience earlier this month, in collaboration with creative production studio The Mill.

According to Billboard, audience members were invited to engage with the group and other viewers through live chat and voting, as well as see themselves onstage with the band and influence the performance in real time. The album appeared on streaming services following the show.

“Riot Games is an ideal Wave collaborator as they have been an innovator in using music and emerging technologies to build and extend their worlds beyond games,” said Wave COO Jarred Kennedy. “Wave has sat at the intersection of music and gaming since its inception, and we’re excited to work with Riot to help shape the future of virtual performance.”

“Wave is a great partner for us as we continue to expand our music efforts,” added Riot Games Music head Toa Dunn. “We aim to push the envelope in storytelling and virtual artistry, and strive to break new ground in the virtual world for gamers and music lovers alike.”