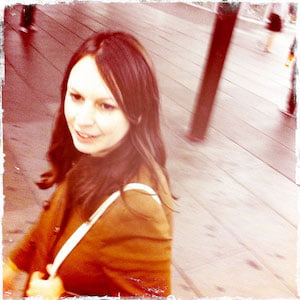 In March, Paradigm was approached by Liam Gallagher’s management (Debbie Gwyther and Sam Eldridge) to say he really wanted to do something to acknowledge the tireless effort and work all the NHS frontline workers and care workers had done (and continue to do) throughout the pandemic. He wanted to give something back and to show how much they are appreciated.

As it is widely known, people who work for the NHS are not paid what is generally considered to be a good wage based on their value to society, and the pandemic highlighted this even more. While we couldn’t offer them the pay rise they deserve, we could offer them something, and that’s a gig, for free. What we do best.

We did the announcement and made tickets available as we would do a traditional show but at zero cost and any booking fees in the process were waived, attendees just had to show proof that they worked for the NHS when they arrived at the venue.

There was an overwhelming demand for the tickets, we had over 100,000 people online queuing for tickets five minutes before they were released. We had 17,000 tickets available, and they were all taken up within the first few minutes.

We had 17,000 tickets available, and they were all taken up within the first few minutes

Special mentions must go to Christian D’Acuña at the O2 in London (who dramatically reduced the venue costs); Lee Laborde and the team at Live Nation; Chris York at SJM; and all the artists and managers who gave their time for free.

Tim Pearson and Claire Bewers on our branding team worked tirelessly to secure the JD/Pretty Green sponsorship, which was instrumental in enabling the show to go ahead. And last but not least, Alex Hardee, who did a sponsored run and raised over £17,000 (€20,000) for the show.

With regards to the support acts, Primal Scream were complete stars and without hesitation were in it from the start, staying with us throughout all the rescheduled dates. It was obvious the cause was something they cared very passionately about, and Bobby gave a heartfelt shout out in support of the NHS during their set.

Black Honey were only approached very recently for this specific gig but came back really quickly to say they were all in and rose to the occasion on the night. Both supports gave their time for free, and without question were more than happy to be involved and support the cause.

The atmosphere at the show was electric. It was a perfect celebration and a much needed few hours of escapism, allowing us to forget the nightmare we have all been living through in the past 18 months. It felt like such a long time since thousands of people had been in a venue altogether, singing their hearts out, and that was really emotional.

I think all the reviews of the show have reflected what we all felt about it being “life-affirming” and all the social media posts and feedback from the NHS workers were overwhelmingly positive. Liam is an absolute legend, with unwavering generosity; I feel very privileged and proud to be part of such a wonderful team around him, and for the support from everyone in making this show a reality.

As we have all experienced recently, with the constant re-scheduling and moving of shows, this one was no exception. But it was a case of third-time lucky, and we finally got there, and it actually made the anticipation of the show that much more. It was a huge relief to finally get back to live shows, and hopefully, we are now back, and this is the start of many more to come.