Grassroots venues kickstart the rest of the engine

Ahead of MVT's closing night party at IFF, CEO Mark Davyd explains how grassroots venues play a vital role in creating talent for the entire ecosystem 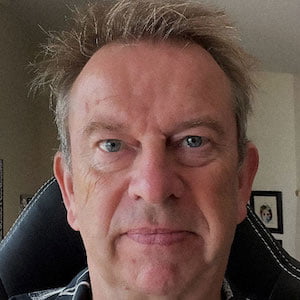 It might seem a bit odd for Music Venue Trust (MVT), the charity that acts to protect, secure and improve grassroots music venues in the UK, to be hosting the closing night party of the International Festival Forum (IFF). Actually, it makes a lot more sense to us, and to you, than you might initially think.

Music Venue Trust has a pretty exclusive mission around the needs of live music venues at grassroots level, but that work doesn’t exist in a vacuum. Over the last 20 months, it has become incredibly clear, if it wasn’t already obvious, that grassroots music venues are part of a vast ecosystem.

If we think of that ecosystem as a car engine, in our view the grassroots sector is the ignition system. If we don’t have grassroots music venues, our whole industry doesn’t have anything to kickstart the rest of the engine with the constant high voltage surge of new talent.

All the shiny carburettors, radiators and camshafts are important – they do the work that moves us from point A to point B. But all of them will sit there idle if we don’t actually have anything that starts the engine in the first place.

Glastonbury or the O2 arena might be the engine block of UK live music, but unless The Hull Adelphi emits a spark every so often we should be imagining a future in which they are sitting idle in a garage somewhere gathering dust.

At MVT, we particularly like this laboured and slightly bloated metaphor because we often get the response that the car is motoring along just fine. Which it is, or at least was. In the UK we have an incredibly successful £5.4 billion a year industry that has been significantly exceeding any expectations across the world stage for almost sixty years.

But that vehicle was already in motion, already started. Our concern has always been what happens to the whole engine if we let the ignition system disappear. Frankly, we have just seen it turned off temporarily by the Covid crisis. The problems that provoked are wide-ranging and will have a deep impact on our industry for many years to come.

Ask the artists you headline at your festivals where they started and why they started. Festivals need [grassroots music venues]

In the Covid crisis, we had to deal with the very real prospect that 83% of all the grassroots music venues in the country could permanently close and never reopen.

The possible loss that represents of potential next festival headliners for everyone, not just in the UK but right around the world, should be enough to make us all pause and think again about the value of what we have at the grassroots, how interconnected all of us actually are.

When a grassroots music venue closes, it’s a disaster for the local community, which for us is enough of a reason to fight against it. But even if you’re not in that local community, and you don’t directly feel that loss immediately, you, the festival community, will feel it in the loss of potential talent in the future.

Ask the artists you headline at your festivals where they started and why they started. Festivals need this ignition system as much as record labels, publishers, streaming platforms.

MVT has been fighting the cause of preventing venue closures for nearly eight years now. In that time, our work has increasingly become about the whole ecosystem. Not just the venues.

The venues are the bricks and mortar space in which artists, crew, sound engineers, lighting techs, merch vendors, stagehands, promoters, bookers, agents, managers and the whole ecosystem comes together to deliver events.

If we were clever and wanted to get access to all the public funding grants being thrown at tech companies we would be calling them ‘Co-working Spaces Fostering Micro-Business Development’. Every part of our ecosystem leans on the ability of the others to work.

Revisiting our car engine, any part of the mechanism that has grit in it or isn’t able to function properly is a challenge to all of us. It was before the crisis, and led to the creation of Music Venue Trust, and we’ve seen it magnified to terrifying levels during, and after, Covid. A malfunctioning part of our ecosystem impacts on all of us struggling within it.

Festivals, programmers, bookers, agents, promoters, the core audience for the IFF, are a vital part of the grassroots ecosystem

Coming out of this crisis, MVT thought about these issues and forged a partnership with The National Lottery to create the Revive Live Tour. That programme offered support directly to artists, crew, agents and managers to get back out and playing in grassroots music venues.

It’s easy to understand why we, as a charity concerned for the future health of the grassroots music venues, would create such a programme to benefit our own specific sector of premises. But the programme was about much more than that. It was about restarting the whole of our ecosystem, recognising that the people who make up a functioning version of it needed support to restart it.

Festivals, festival programmers, bookers, agents, promoters, the core audience for the IFF, are a vital part of the grassroots ecosystem.

The person who operates the desk on a Friday night at a music venue in Cornwall has a portfolio career which is formed by that work and the work they get from you, our partners at festivals. They need all parts of our ecosystem to be firing and moving together to restart their careers.

So we are delighted to be part of that story and to be joining you at the IFF this year. Our closing night party, presented in association with our colleagues at Allianz, is a chance to see the type of artists we have been supporting to get back to the careers they love.

We want to give you a chance to see the artists currently blowing up on the UK grassroots circuit that you should be thinking about for your festival lineups next year.

It will also be a chance to have the type of networking and discussion that we need to encourage, and have more of, between venues, festivals, agents, promoters, bookers as we strive to work together to recover from this crisis. All of us, the whole ecosystem. I’ll be at the bar. Let’s talk.

More information about how to attend IFF, along with the full event schedule, is online at www.iff.rocks.