Raft of appointments across US live industry 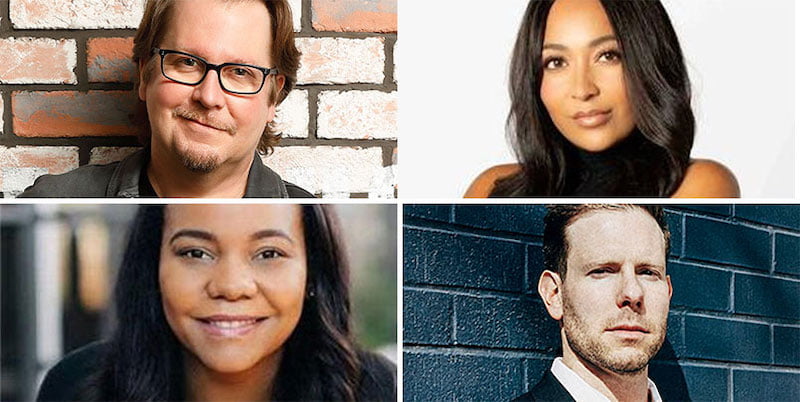 Live Nation Urban (LNU) has made Mari Arionne Davies its new VP of booking and talent.

In the new role, Davies will oversee artist bookings for LNU festivals and touring brands and will actively seek out partners to “introduce a new generation of tours, festivals, and activations”.

A founding member of Diversify ICM and a supporter of The Show Must Be Paused campaign, LA-based Davies has a background in social justice. Her remit at LNU will also include identifying avenues to support underserved voices in the business.

“It’s truly a thrill to be joining the dynamic team at Live Nation Urban,” said Davies. “LNU has shown tremendous growth and proven to be the premier source for live urban music. I look forward to working along with the team to further impact the company and the culture and to continue working with the brightest stars of hip hop, R&B and gospel as live events return to stages around the world.”

Most recently an agent at ICM Partners, Davies has worked with artists including Kelly Rowland and contributed to the rise of acts such as A Boogie Wit Da Hoodie, Cordae, Kiana Ledé and Jacquees.

“We are beyond excited to bring Mari over to head up our festival booking and touring activities,” added LNU president Shawn Gee. “She is a rising star in the business, and we are fortunate to have her on the Live Nation Urban team”

“Whether it’s artists or our own internal team, Live Nation is always investing in people we believe in”

“Whether it’s artists or our own internal team, Live Nation is always investing in people we believe in,” said Omar Al-joulani, head of talent & touring for Live Nation Concerts.

“Jenifer has been an incredible leader at Live Nation, and we are confident her strategic focus and experience will do big things for every artist working with our Urban marketing team.”

“With John’s far-reaching experience and the content team we are building, we will provide a greater number and wider array of profitable events to our venues, which comprise the most iconic family of venues in the world,” said ASM Global president and CEO Ron Bension.

“I couldn’t be more excited about joining the ‘Dream Team’,” said Kirshbaum. “The company is well-positioned to lead the charge into the future of the music business. The pandemic has changed the live business and consumer and artist habits around it, forever,” said Kirshbaum. “The data shows that when done right, livestreaming has a positive effect on artists relationships with their fans and creates even more demand for live shows.”