The late drummer is remembered fondly as the funny, stylish gentleman at the heart of the Rolling Stones’ live circus 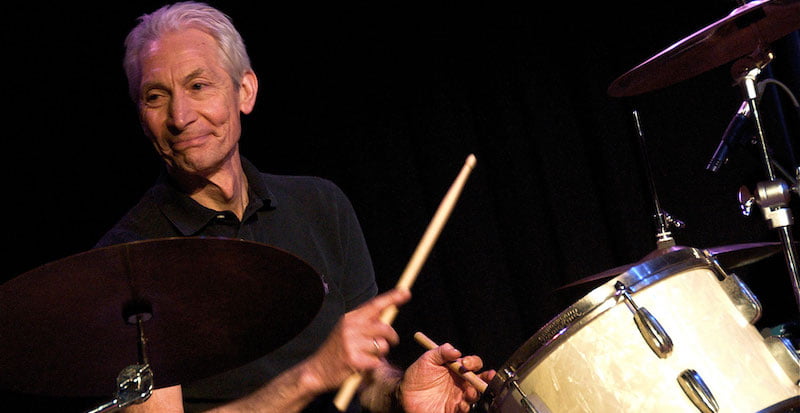 Artists and live music professionals have described the late Rolling Stone Charlie Watts, who died yesterday at the age of 80, as a true gentleman and one of the greatest drummers in rock’n’ history.

Watts, born Charles Robert in London on 2 June 1941, was for 58 years the modest, unassuming heartbeat of the Rolling Stones, bringing a unique jazz-influenced backbeat (he was “a jazz drummer really, and that’s why the Stones swung like the [Count] Basie band!” said the Who’s Pete Townshend) to one of the biggest rock bands in the world.

While known for his love-hate attitude to touring, Watts remained at the centre of the Stones, one of the world’s biggest live draws, for five decades and across multiple line-up changes, though he was set to miss the band’s upcoming US tour after undergoing emergency heart surgery. The Stones’ last concert tour, the ongoing No Filter run, was one of the biggest tours of 2017 and 2018 – more than 50 years after the band’s formation in 1963 – and the group formerly held the record, with 2005–07’s A Bigger Bang (US$558m), for the highest-grossing tour of all time.

In a statement released by Watts’s publicist, Bernard Doherty, the surviving Rolling Stones say: “It is with immense sadness that we announce the death of our beloved Charlie Watts. He passed away peacefully in a London hospital […] surrounded by his family.

“Charlie was a cherished husband, father and grandfather and also, as a member of the Rolling Stones, one of the greatest drummers of his generation. “We kindly request that the privacy of his family, band members and close friends is respected at this difficult time.”

Folkert Koopmans, whose FKP Scorpio promoted the Stones’ most recent shows in Germany, tells IQ he is “very sad” to learn of Watts’s passing. “We promoted the last couple of tours of the Rolling Stones,” he recalls, “and during the rehearsals in Hamburg, where they played the Stadtpark in front of more than 82,000 people, I had the honour to meet him. We we were joking about the bad weather both in Hamburg – we had constant rain! – and in the UK. He was a real gentleman who will be missed in the rock’n’roll world.”

Charlie Watts left a legacy in rock n roll like very few do – what an incredible career with the Rolling Stones. RIP

Solo Agency’s John Giddings, who represented the Rolling Stones for a number of years, also remembers Watts as “a great guy” and “a true gentleman”. “It was a pleasure to work with him,” he says.

Known for his dry sense of humour, the drummer was also “always great for a one-liner,” Giddings adds. “When I was first introduced to him as his new agent, he looked me up and down and said, ‘I didn’t know I ’ad one!’”.

“When I was first introduced to him as his new agent, he looked me up and down and said, ‘I didn’t know I ’ad one!’”

“All of us at UMG are shocked and saddened at the loss of Charlie Watts,” he says in a statement. “Charlie was a naturally instinctive drummer for all generations and he will be greatly missed. His incomparable contributions to the genesis of popular music culture will continue to inspire and influence musicians and fans for years to come.”

In addition to Townshend, artists and contemporaries who have paid tribute to the drummer include the Beatles’ Paul McCartney and Ringo Starr, the Beach Boys’ Brian Wilson, Elton John and Dave Davies of the Kinks.

In an emotional video message, McCartney, who had known Watts since the early ’60s, described the drummer as a “beautiful man”. “”Love you, Charlie. I always loved you,” he added.