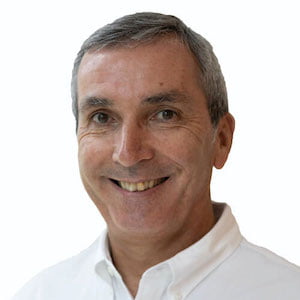 With the government announcement yesterday, it seems England will be “back to normal” in two weeks’ time. Of course that’s great news, although we must also respect others’ doubts – particularly from the medical side – that the overnight opening may be too sudden and liberal.

This inevitably opens up the long-standing question as to whether, or when, the UK government will provide a scheme to protect event organisers against further closures or venue capacities. (Note I do not use the word “insurance” as governments are not insurers.) It would be a scheme to provide some protection or – let’s be totally transparent and controversial – could be seen as a gamble with taxpayers’ money.

The call for UK government to follow other countries, or the UK’s film/TV scheme, has been loud and consistent, but many reports over the months have possibly, in my humble opinion, been misleading.

Film/TV was a far easier matter as the numbers of shoots are massively smaller and they are mainly in closed sets with no audience, so the risk is quite different.

While several European governments have confirmed they will look into protection, only a handful, maybe only three or four, actually have a facility in operation right now. Most others are yet to declare when or how a scheme would operate, and hence unlikely to apply to the 2021 summer.

They also come with limitations and conditions, such as a monetary cap on any one event, and some only covering a percentage of the costs (most common seems to be 80%) or a sliding scale. Would those limitations be sufficient for a festival, tour or event to proceed, or is it still too large a financial risk? The cost – or to use an insurance term, premium – involved has also yet to be considered and how much effect that may have on a budget, particularly for an event that is already on sale.

The talk has been about a scheme to protect event organisers/promoters, so where does the artist stand in this? Would promoters cover their fee as part of their show costs and, in which case, would any cap per event be sufficient – as surely artist fees are the major part of an event budget? Traditionally, many emerging artists have lost money while touring, particularly if it is restricted to a small number of shows within one country, so even if their comparatively smaller fee is paid, who covers the shortfall?

The new Dutch scheme apparently requires proof that an insurance policy including communicable disease cover was in force for the same event in 2019 – thus excluding new events or any that simply did not insure (including Covid-19) in 2019, and I wonder if similar rules were applied in the UK how many would fall into those categories.

It also has to be remembered that any facility provided by a government surely has to apply to all events in their country (it would still not protect overseas work) requiring an audience or spectators – not purely music – so there massive considerations to factor. This includes sports, theatre, conferences, exhibitions, charity events, carnivals, fairs and fêtes, among others, potentially all carrying different reasons for cancellation or audience reduction.

Any such scheme takes considerable planning, monitoring and collection of information, and those involved with lobbying the UK government have already stated it may take several weeks from agreement to implementation.

My final point – made as a broker and not an insurer – is the constant referral to “insurance market failure”. The principle of insurance is to protect against the unknown or unforeseen – so, for all insurers’ possible faults, is it really fair to say keep saying it is a failure for them to accept new policies for a situation that has affected every single person in the world, and will be with us for some time to come? On cancellation insurance alone, it is fact that in the last year UK insurers have already paid the equivalent of around 20 years’ premium in claims.

Every insurance policy comes with terms and conditions. In most cases it has never been insurers’ intention to cover a global pandemic such as Covid-19, purely as they have no control of their total financial exposure at any one time. Cyber risks are a current cause for concern for similar reasons. If they provide carte-blanche cover for such situations they would simply not have sufficient funds to survive and pay.

However some policyholders, largely for major outdoor events, with Wimbledon tennis being an openly stated UK example, paid extra premium to include communicable disease cover. A few insurers paid Covid-19 losses seemingly on a policy wording technicality but the majority did not, and perhaps some statements on how many were paid are misleading when they do not indicate how many were not paid.

We all hope the entire live events industry, whatever genre, makes a swift and full return. But I hope some of my points may cause consideration as to whether any government scheme will provide the immediate and 100% comprehensive protection expected for this summer and beyond.

Martin Goebbels is head of music and touring for Miller.