In TEG, Laneway has “a team who shares the festival’s long-term vision,” say the founders of the tastemaking Australian touring festival 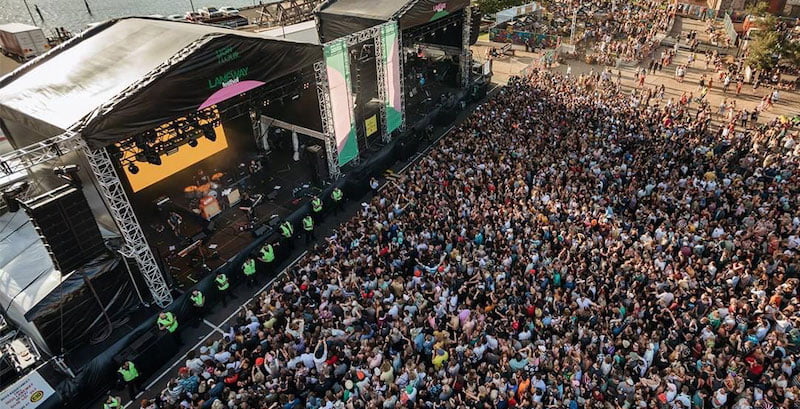 Laneway, in full St Jerome’s Laneway Festival, was founded in 2005 as a Melbourne street party and has grown into a respected festival of domestic and international music, with events in Australia, New Zealand and Singapore (currently Sydney, Melbourne, Brisbane, Adelaide, Fremantle and Auckland). Past performers include Billie Eilish, Lorde, Haim, Denzel Curry, Run the Jewels, Tame Impala and Flume.

In total, Laneway events deliver more than 85 hours of contemporary live music to over 100,000 fans annually. The company also has a touring arm, Laneway Presents, which has co-promoted the festival, as well as a number of tours, with Michael Chugg’s Chugg Entertainment.

It is believed Sydney-based TEG has acquired a majority in stake in Laneway Festival, with founders Jerome Borazio and Danny Rogers staying on as co-managing directors and “substantial owners”.

“We have enormous respect for Laneway, which has grown from a Melbourne street party into a world-class festival and with a strong touring arm, consistently breaking new local and international artists to the youth market in the region,” says TEG CEO Geoff Jones.

“The festival started in a tiny alley in Melbourne in 2005 and has grown to become an institution in Australia, NZ and Singapore”

“Laneway will continue to operate as it always has, with founders Jerome and Danny and their team working closely with TEG Live managing director Tim McGregor as they continue to innovate and plan for the 2022 Laneway Festival. Watch this space.”

In a joint statement, Borazio and Rogers say: “Firstly, we would like to thank everyone who has helped to make Laneway what it is today. The festival started in a tiny alley in Melbourne in 2005 and has grown to become an institution in Australia, NZ and Singapore, thanks to the hard work and passion of some of the most genuine and talented music lovers in the country. We are endlessly thankful for and humbled by their contribution.

“To the fans and artists: we are super determined to get Laneway Festival back on the circuit ASAP, delivering you the amazing line-ups and experiences that you’ve grown accustomed to. And, of course, we want to thank Michael Chugg and his incredible teams, past and present. The festival would not exist today without his, and their vision, passion and support.

“Finally, to the current team working on the festival: thank you for your ongoing patience throughout this challenging period for our industry. With our new partnership with TEG we’ll be able to navigate these next few years knowing we have a team who shares the festival’s long-term vision.”