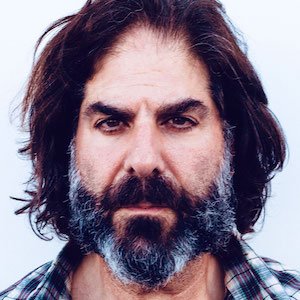 I wrote this column at least 1,000 times in my head over the last eight weeks before putting it down on paper today. When ink did hit paper, I ended up with a very different version to the prior madness, and although it was very poignant it wreaked of an anger so deep with frustration and ugliness that there was no way to contain it in an 800-word essay.

You see, I was fired recently from a major sold-out arena tour that was to start up a week after the pandemic shut us all down. Then unceremoniously terminated – two weeks past the one-year anniversary, to be exact. Seriously, a year into a global pandemic, and then I get fired? Fucking ridiculous. Putting me out with gasoline while on fire is an understatement. And goddamn, I have been spitting piss and vinegar ever since.

Although I have been fired thrice before from other projects over what I would call on paper a successful and respected 35-year career, this was definitely different. Not that the previous times didn’t hurt and or make you question yourself and your abilities eight ways to Sunday, this had the added fear of a never-ending global pandemic attached to it with zero constructive communication from day one by my employers.

However, after checking my head with the help of some dear and trusted peers, the soul-searching melted into a clear and underlying suspicion that you had been employed by some incredibly dysfunctional and most likely heartless people that actually knew very little about large-scale touring and had zero interest in learning from the professionals that they hired to give such guidance. Not that I haven’t always had the classic Hunter S. Thompson quote about the music business in my veins to rationalise such shitty behaviour, but enough is enough. When you sell your brand heavily based on the plight of the working man and woman, the impoverished, the exploited, the systemic violation of human rights across the globe, then maybe it’s time to put down that copy of the ‘Anarchist’s Handbook for Dummies’ for a second and look in your own back yard and find out what your responsibilities are as a corporate employer of a large labour force.

Communication on the task at hand, and to the people you hire, is key here – with any of our touring projects, it’s the framework to getting all parts of the project built when applied successfully. You, sirs, give zero fucks. Add serious dysfunction and animosity within a group and your chances of that success are lowered considerably. Heck, I feel for you, man; everybody has that drunk uncle at the Thanksgiving holiday table, but please don’t pawn your personal problems onto the kids’ table. I’m just trying to have a piece of that apple pie, too, brother.

Contrary to what you are reading here, please note that I hold no ill will towards you. I love your band’s music, I wish you continued success and I cherish you as human beings, as we are all God’s children in the end. But we are professionals here, and we are tired of being exploited by such flippant behaviour. So please pay up and honour the commitment we all made when hired.

You need us to sign an NDA and now a Covid-19 waiver? Sure thing. And let’s use that same pen to sign my employment agreement…

With that said, here is a list of additional lessons learned during my pandemic along, with some tips that might be useful to IQ readers: