It is hoped Download Pilot could pave the way for the UK festival season to start, as cancelled Kendal Calling hits out at the delay to releasing the ERP report 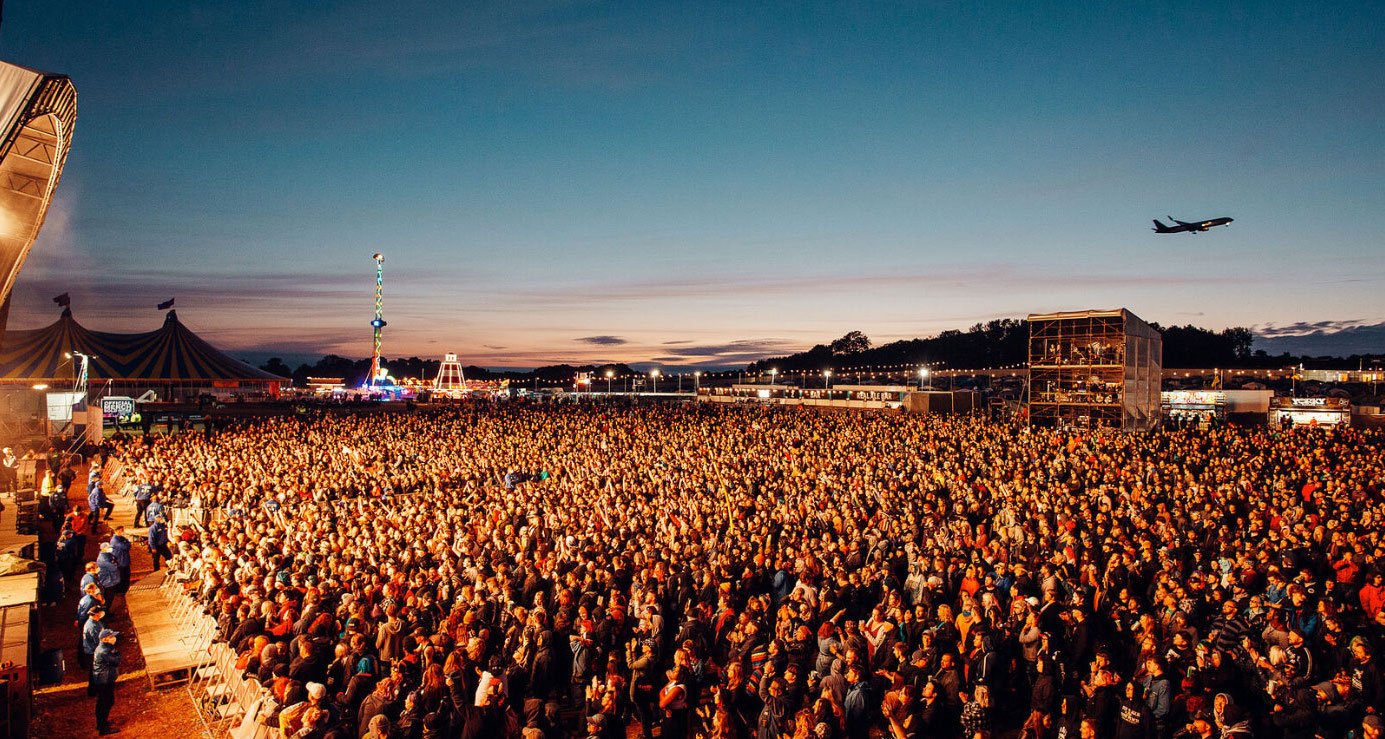 The organisers of Download Pilot – the UK’s first major camping festival of its kind since lockdown – are hailing it a resounding success and are confident that the test will encourage government to green-light other summer events.

The specially created three-day festival took place over the 18–20 June weekend as part of the second phase of the UK government’s scientific Events Research Programme (ERP). The Download Pilot involved 10,000 metal fans welcomed to the hallowed grounds of rock in Donington Park to enjoy a fully-fledged festival experience with no social distancing, no masks and moshing allowed.

All attendees were required to take both a PCR and lateral-flow test prior to the event, sharing details with the NHS contact-tracing system. Attendees had to show proof of a negative result to enter the festival gates and have committed to submitting a second PCR test five days post-event to help scientists monitor any Covid-19 infection activity.

Headlined by Enter Shikari, Bullet for My Valentine and Frank Carter and the Rattlesnakes, 40 acts in total from the UK’s world-leading rock scene waived their fees, united by the prospect of moving the live events industry forward and playing in front of an audience for the first time in over a year.

As the last of the fans left the venue today, promoter Festival Republic dismissed any notion that live events are not possible while the Covid-19 pandemic continues. “[This] is 100% evidence that this is not true,” stated managing director Melvyn Benn. “This is a very clear demonstration that you can do it.”

“This is a very clear demonstration that you can do it”

He continued, “It’s really fantastic. I am very heart-warmed by it all. The level of compliance around the testing and requirements we have is absolutely extraordinary. It is coupled with a level of normality that is equally extraordinary when you have been out of it for so long.”

Benn believes the data gathered through the festival will prove similar events can take place this summer. “In fairness, the [Department for Digital, Culture, Media and Sport] are on board with the message which is that these things can happen and they can happen safely,” he told reporters.

“What we want from Download is data that scientists can analyse that will effectively reinforce that position, and that data is being gathered and I am certain it will do just that.”

Indeed, another Festival Republic gathering, Latitude, has confirmed it will go ahead for its 22–25 July event, while it’s expected that the Reading and Leeds festivals in August will also proceed as planned.

Benn added that following talks with the DCMS in recent days, he felt “sufficiently encouraged” to push ahead with Latitude and he suggested the UK government is finalising plans to launch a limited coronavirus insurance scheme that will allow other festivals to push ahead with their 2021 editions.

“There is no guarantee, but I believe the government will come forward with a limited government-backed insurance scheme,” he commented. “It wouldn’t be everything that we want, by any means, but it would certainly be enough to encourage us to all get going again.”

However, while that optimism will buoy the UK business, any government backing has come too late for Kendal Calling festival, which today criticised the government for delaying the publication of ERP report, as it outlined the decision to shelve its festival for the second year running.

“Without this safety guidance, there are numerous aspects of the festival we cannot plan, and which could lay us wide open to last minute unforeseen regulations or requirements which could scupper an already built festival,” reads a statement on the Kendal Calling website. “Capacity or density restrictions, track and trace protocol, testing regime, Covid certification – a host of unknown actions required, yet potentially requested too late to be implemented.

“Our understanding is that the DCMS are keen to publish the ERP findings and guidance, but that it now does not fit around [the British government’s] communications plan. This is insulting to our entire industry, who have been awaiting the results of a pilot event that took place almost two months ago to inform our approach to staging events safely this summer.

“This has been a frankly devastating 16 months for our industry. If calls for a government-backed insurance scheme had been heeded – as recommended by the DCMS, emulating successful schemes now up and running in other countries – we could have potentially continued to plan and invest in the coming weeks. We take this opportunity to urge the government to reappraise its approach and to listen to the recommendations of its own reports, as the continued lack of leadership hampers the recovery of our live event industry.”

Meanwhile, the iconic Notting Hill Carnival will also not go ahead in 2021, it has been confirmed, for similar pandemic concerns.